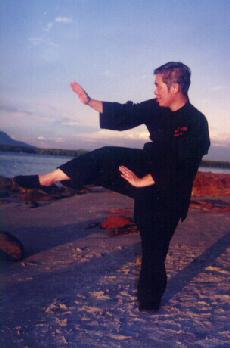 Whilst I fully understand that the deepest teachings of any TRUE martial art are essentially all the same, I desperately seek guidance on the issues I have raised previously.

You are much mistaken. Martial arts differ from one another greatly in many aspects — in history, philosophy, form, structure, methods, approaches and aspirations.

Judo, Aikido, Western Boxing and Wrestling are sports. If you use Judo or Aikido against a seasoned street fighter, you could be killed or maimed in less than five minutes. When a Judo expert grips your collar for a throw, or an Aikido expert manoeuvres you for a lock, poke two fingers into his eyes or jerk your knee hard into his groin. Then when he grimaces in pain, thrust your knuckles into his throat. You may not do any of these drastic things, but a street fighter would.

A properly trained exponent of a true martial art like Jujitsu, Shaolin Kungfu and Taijiquan will never rush in to attack you with total disregard for his own safety. Amazingly this is exactly what many martial sportsmen do.

But let us, for the sake of academic discussion, forget about sport and real fighting, and regard these arts as martial arts, as we often do. In form or content, Judo is characteristically different from Taekwondo, and Taekwondo different from Taijiquan. In methods and aspirations, Aikido is characteristically different from Muai Thai, and Muai Thai different from Shaolin Kungfu. In Karate and Taekwondo, the guiding principle in combat is to attack at all cost; in Aikido an exponent often does not know what to do if the opponent does not attack. In Muai Thai, exponents sacrifice their health in harsh training methods so that they could win in competitions, whereas Taijiquan training enhances the exponents' health, and losing a combat does not matter so long as they emerge unhurt.

The above is taken from Question 6 of Oct 2001 Part 1 of the Selection of Questions and Answers.