WHAT YOU WOULD NOT LEARN FROM A CLASSIC 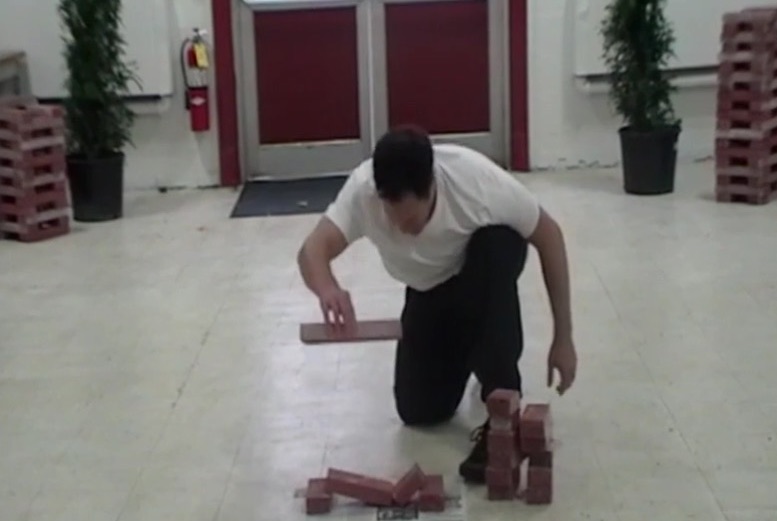 In the Cinnabar Palm Art, one has to daily rub his hands in sand in a basin until he is exhausted. This appears to lead to the ability to move the sand without touching it, and even being able to generate electricity between the palms, at which point he substitutes ever larger and heavier stone grains.

The information also makes reference to “rubbing hands, pushing rocks, rubbing sand package, slapping medical sand, grasping beans and rubbing iron sand” but gives no more details. Because of the danger of blind practice I wonder if you would consider giving me some guidance into what exercises these brief references might refer, or where I might find more information.

The palms of a Cinnabar Palm master are soft and smooth, though he is very powerful. The techniques you have described above are correct, though it is often not necessary for him to do all of them.

But if you were to practice what you have described, not only you would not attain Cinnabar Palm and your palms would be very rough, they would also be deformed and lose their physiological functions. It was wise and lucky of you not to follow these instructions blindly, though the instructions in principle were correct. This is one of many reasons why one must learn from a master if he wishes to accomplish great arts.

Why would your palms be deformed and rough whereas those of a Cinnabar Palm master would be soft and smooth when you use the same methods? There are two reasons. One, you do not have the basics. Two, you only know the crude methods but do not know the finer points. In short you do not know the secrets. In Chinese terms, it is “chi kei phiew pat chi kei lui” (Cantonese pronunciation), which literally means “knowing the surface but not knowing the inside”, which is often the case when students try to be smarter than their teachers by “improving” their teachers' methods.

Basically the finer points are as follows. When you follow the instructions and rub your hands on a basin of sand, you do so mechanically and often with brute strength. But an initiated practitioner does so using energy and mind. Even when you know the secrets, as I have mentioned them here, you would not be able to do so — you would not know how to use energy and mind to rub your palms on the sand.

“Until you are exhausted” does not mean until you are exhausted; it means until you have almost used up the energy and mind power meant for that exercise. Does that mean the instruction is misleading? No, the instruction is precise. But how does a practitioner know the finer meaning? Any initiated practitioner would know; if he doesn't, he is not ready to practice the art. Not only he knows he must not exhaust himself, he also knows how to replenish the energy and mind power used, so that at the end of the exercise he is more energized and fresh than before.

To give you further examples, in my Sinew Metamorphosis classes when I say “breathe out forcefully”, my students know it does not mean that they breathe out forcefully, but that they breathe out gently yet forceful enough to expel the toxic waste that has just accumulated in their mouth and other parts of their body as the result of performing the exercise. In sparring practice, when I say “do not use strength”, my students know it does not mean they do not use strength, but use internal force in such a way that they do not tense their muscles blocking their energy flow as well as making them tired easily.

The above is taken from Question 3 July 2003 Part 2 of the Selection of Questions and Answers.