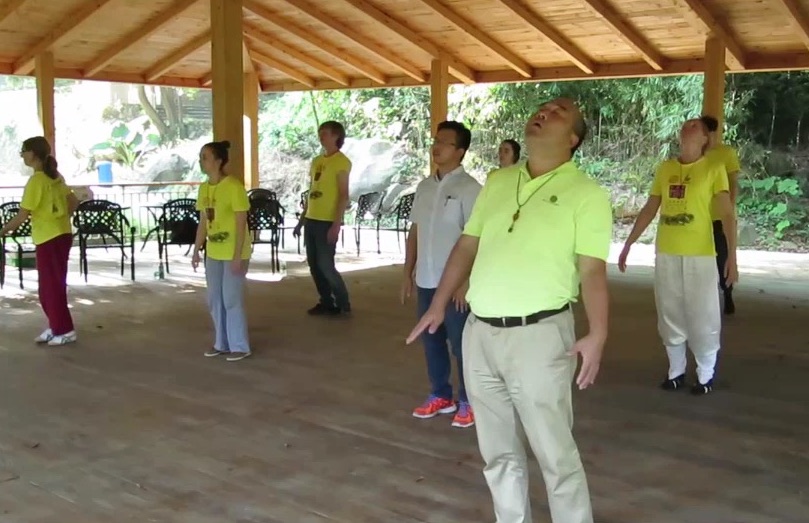 When chi is flowing harmoniously, wherefore can illness occur?

Yes, from the chi kung perspective, which is based on Chinese medical knowledge, there is only one illness, and at the most fundamental level there is only one cause. The name of the illness is “yin-yang disharmony”, which has countless different symptoms. Western medicine gives different names to the illness according to the symptoms. Chinese medicine also gives different names to generalize these symptoms, like “jian wang” and “fei huo” mentioned above. But they are always aware that the illness is “yin-yang disharmony”.

There may be many immediate causes of illness or “yin-yang disharmony”. In Western terms, the immediate causes may be viruses, bacteria, fungi, stress, negative emotions, physical injury, wrong food, poisons, chemicals and many other countless things. The Chinese generalize all internal and external causes into “seven emotions and six evils”, which are symbolic terms describing not the immediate causes themselves, but the patient's conditions in response to these immediate causes.

As Western medicine defines illness by symptoms, the onus of treatment therefore is on removing symptoms. On the other hand, as Chinese medicine defines illness by the psychological and physiological functions of the patients, the onus of treatment is on restoring these functions. Chinese physicians therefore attempt to find out what aspects of the body systems are not functioning naturally, and rectify them.

Superficially it appears that Western medicine is doing the same thing, i.e. restoring natural functions, but it is not. In the case of Severe Acute Respiratory Syndrome, for example, the onus of research is studying the virus in question and finding means to overcome it. This is logical as all modern medical research scientists are trained in the Western medical tradition, and they are operating within the Western medical framework. Their presumption is that if a virus behaves in a certain way, it will behave in the same way in all patients. They have been so used to this presumption that they never question whether the presumption is valid.

Let us have a scenario if the medical research scientists were trained in traditional Chinese medicine. They would forget about the virus! This would be shocking to most people, as most people also operate from the Western medical perspective. In fact, Chinese medical scientists knew about what the West now calls virus, long before the West did. The Chinese did not call it “virus”, they called it “wen qi” or “virulent energy” They knew “wen qi” spread by air and physical contact, and caused virulent diseases, so during epidemics caused by “wen qi” in ancient times Chinese physicians advised the public to wear masks and wash their hands and body regularly.

But in their research to overcome “yin-yang disharmony” caused by “wen qi”, or in Western terms, a disease like Severe Acute Respiratory Syndrome caused by virus, these researchers trained in traditional Chinese medicine would focus on their patients rather than on the virus. This is only logical as their purpose is to restore the natural functions of the patients, and not to understand the behavior of the virus. This does not mean understanding the behavior of the virus is not useful, it is. But the researchers must have proper focus and priority.

As these functions are natural, restoring them is possible. Let us examine the case of Severe Acute Respiratory Syndrome. A patient suddenly finds that he has severe acute breathing problems. The traditional Chinese therapeutic approach, which is different from the conventional Western therapeutic approach, is to find out what went wrong in the patient. Let us suppose that a thorough diagnosis shows there is too much “fire” in the lungs of the patient, and this in turn is caused by insufficient “water” from the kidneys to “quench” the “fire”. Please note that “fire”, “water” and “quench” here are Chinese medical jargons, and they do not refer to fire, water or quenching in the ordinary sense.

If the Chinese physician can increase the kidney “water” to “quench” the lung “fire”, the patient will recover as a matter of course. In theory, recovery is certain because breathing normally is a natural process. If the purpose were to make the patient breathe with his stomach, for example, that would be unnatural, and therefore not possible. The inability of the patient to breathe normally is only a temporary setback, and therefore can be rectified.

Saying that "yin-yang disharmony is due to the inability of kidney water to quench lung fire" is one way of describing the cause of illness from the traditional Chinese medical perspective, and this operates at the system level. In other words, in this case yin-yang disharmony occurs because the lung system and the kidney system are not functioning normally. Once the Chinese physician can restore the normal functions of these systems — by herbs, acupuncture, massage therapy or other means — the patient recovers.

Chi kung operates at a deeper level than the systems, it operates at the most fundamental level of energy. From the chi kung perspective, excess of “fire” in the lung system, and inadequacy of “water” in the kidney system are due to energy blockage. For some reasons, energy that is required to regulate the right amount of “fire” at the lungs, and to transport the right amount of “water” from the kidneys is prevented from flowing to where it should be to do its work. The fantastic thing about chi kung is that we do not even need to know what reasons caused the blockage, where the blockage is, or how “water” quenches “fire”. As long as harmonious energy flow is restored, the energy will naturally do its work.

The above is taken from Question 2 of April 2003 Part 3 of the Selection of Questions and Answers.