WHY I COULD REMAIN UNDEFEATED IN FREE SPARRING AND REAL FIGHTS 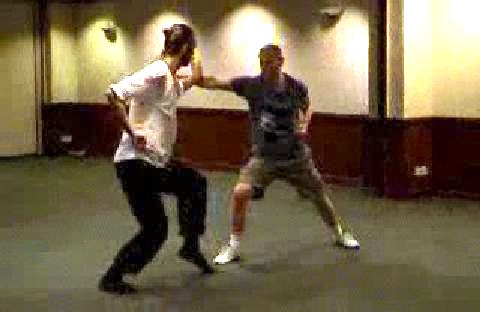 Sigung, in your young days you sparred with many martial artists and also had a few real fights, and you remained undefeated. Can you please tell us the secrets of your combat efficiency?

Although I am more than 70 now, I still consider myself young, thanks to my daily practice of kungfu and chi kung. Hence, I permit myself some liberty to use the expression "in my younger days", as suggested by Douglas, my most senior disciple in Europe, instead of "in my young days".

To understand the secrets better, we may divide the period of my sparring into three stages.

As a result of this procedure, my combat efficiency improved tremendously. I also improved on the techniques I would use in my counters, especially after learning from my sifu, Sifu Ho Fatt Nam. Hence, at the second stage, the secret was my superior techniques. When opponents attacked me, I could counter with techniques that they had no defence.

This improvement led to my third stage where I developed high-level combat skills. I often knew beforehand what attacks my opponents would use, or how they would defend if I attacked them. My movements were so fast and forceful that they were caught unaware, or were forced to retreat helplessly.

Yet, the best benefits of my combat training were not to remain undefeated in all these sparring sessions but good health, vitality and longevity, and to be able to jump and roll about at an age most other people would be contented if they could walk briskly.

The above is taken from Question 1 of March 2017 Part 1 of the Selection of Questions and Answers.