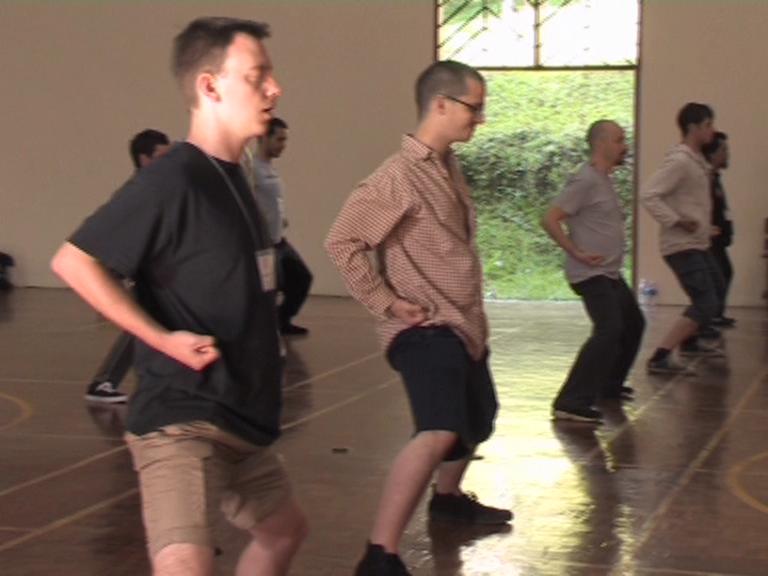 I have a rather unusual question to ask you. Has anyone ever combined the likes of Bodybuilding/Powerlifting and Kung Fu/Tai Chi in a meaningful way?

An example might be a person doing Tai Chi/Kung Fu to enhance his doing of Bodybuilding/Powerlifting and also the other way around. I am not thinking of someone doing them as separate activities.

Yours is actually a very benefical question for many people, and in ways they may never expect.

To them they combine body-building and power-lifting with kungfu (including Taijiquan) in a meaningful way. They believe this combination will make them stronger and look muscular or fearful to their opponents.

On the other hand, there are also body-builders and power-lifters who use kungfu (including Taijiquan) in their training. Using kungfu stances, certain kungfu movements and breathing methods will enhance their body-building and power-lifting.

I personally have never heard of it but someone somewhere might be doing it or have done it. My opinion is that Bodybuilding/Powerlifting/Olympic Weightlifting might be classified as "External Martial Arts". It's only my opinion and I am willing to back off if it sounds silly.

Your opinion is certainly not silly. As mentioned above, your questions are very interesting and helpful; they open many vantage points on health and kungfu training that many body-builders, weight-lifters and kungfu practitioners today do not realize.

Martial arts have been debased to such a ridiculous level that most kungfu practitioners today, including some masters, cannot use their kungfu patterns for attack and defence. If they ever have to fight, they use Kick-Boxing.

But the fault here lies not with the arts. It lies with the practitioners. The arts are capable of attack and defence; but most modern practitioners are not.

Nevertheless, a lot of kungfu practitioners today combine body-building and weight-lifting with their kungfu training. Indeed, some kunfu schools are very proud to have complete sets of weights as part of their standard training equipment.

Moreover, as much energy is locked up as muscles, there is less energy for life-maintenance and daily activities. Thirdly, the already deprived organs have to work harder to support extra body mass. This explains why those with big muscles are easily tired even when they are young, and encounter many health problems as they grow older when their over-worked organs start to wear out.

Weights, like stone-locks and metal rings, are sometimes used in genuine kungfu training, but they are not used in the way in body-building and weight-lighting.

However, for those who still want to, or due to some valid reasons have to do body-building or weight-lifting, combining it with genuine kungfu will not only minimize its harmful side-effects, but also contribute to its good results.

Some of my students were body-builders and weight-lifters before. After knowing its harmful effects, they stopped their previous practice. Later they returned to their gyms to meet their body-building and weight-lifting friends. They tried some weights for fun, and to their surprise they found that despite not having trained with weights for months, they actually performed better than before!