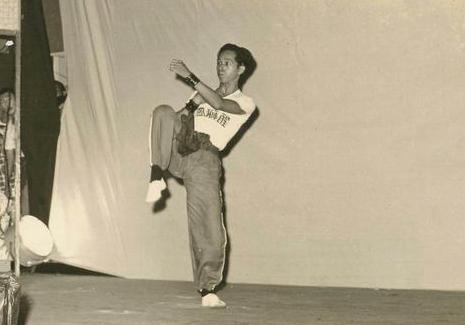 Sigung Ho was a great Shaolin master and also a very powerful Taoist master. How much of his Taoist mastery and skill set is to be found in Shaolin Wahnam, and, if so, where? Are there any special Taoist skills you learnt (and could/would pass on) from Sigung Ho?

Yes, my sifu's Taoist teaching has influenced and benefited us in Shaolin Wahnam. But the influence and benefit of his Zen teaching is more by a big margin. It is quite interesting. Only a few close to him knew he was a Zen master. The public knew him as a great Taoist master.

In the spirit of Zen, though, he did not mention this at the time. My sifu did not distinguish Taoist or Zen teaching from others of his teaching. He just taught according to expedient needs or his planned aspirations. Much of the teaching was informal, like over meals and by his examples. But with hindsight, I can now pick out some of the Taoist concepts, skills and techniques transmitted to me.

The Taoist concept that is most outstanding is yin-yang harmony. My sifu did not explained yin-yang harmony to me in a formal way, but with hindsight it was outstanding in all his teaching. For example, my sifu was a highly spiritual person, but he thoroughly enjoyed life in the phenomenal world. The influence and benefit is clearly practiced in our school now.

Yin-yang harmony, a crucial concept in Taoist philosophy, is found in every aspect of our life. We are combat efficient yet we have good health, vitality and longevity. We cultivate internally, yet we pay attention to picture-perfect form. We perform well in business, profession and society, yet we value family life, personal friends and private solitude.

Following the flow is an important Taoist skill. When my sifu saw me performing Four Gates in a staccato manner, he told me to perform various patterns in a sequence, completing in one breath. This introduced me to the Taoist skill of flow, which later enriched my performance in chi kung, kungfu as well as in life.

In Shaolin Wahnam, its influence and benefit can be seen in many places. When we perform Lohan Asks the Way in four breaths, or any combat sequence in one breath, we are benefiting from this Taoist skill of flow. In sparring when we respond spontaneously and correctly using appropriate kungfu techniques to an opponent's attack, we are employing this skill of flow.

On another occasion, my sifu showed me how he taught a Sultan the Shaolin Bagua Set in a flowing manner, different from how I performed the set at that time in a hard, powerful way. This introduced me to energy flow which developed into internal force.

This skill is now found in all our exercises, to the extend that every movement in our practice is a training of energy and mind, and that some people, due to their limited experience, wonder how our art can be called Shaolin Kungfu when we do not use mechanical strength. It also enriches our practice of Wahnam Taijiquan.

The Drunken Eight Immortals, loved by many of our Shaolin Wahnam practitioners, is another outstanding Taoist influence and benefit from my sifu. He only taught me a typical pattern of each of the eight Immortals.

The above is taken from Question 2 January 2012 Part 1 of the Selection of Questions and Answers.