THE DIFFERENCE BETWEEN STRATEGY AND TACTICS 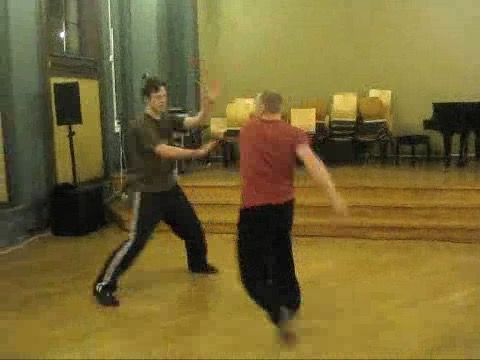 When there is form, strike the form

What is the difference between strategy and tactics?

Strategy is the overall plan of action to achieve specific objectives or general aims. Tactics are the more specific mode of operation to realize the strategy.

For example, you meet a Boxer who is very fast in his jabs and crosses. A good strategy is to avoid his fast jabs and crosses, and attack him in a way he is not used to defend against.

With this strategy in mind, you set to work out some possible tactics.

If you, for example, try to ward of his attacks, then counter strike him, you are not following your strategy. Worse, if you try to bounce about like him and match his speed, you are feeding yourself into his game. Interestingly, many martial artists do exactly this. It is because they have no concept of strategies.

Let us look at the strategy again. There are two parts:

Warding off his attacks, counter striking him, matching his speed or bouncing like him do not fulfill any requirements of the two parts.

How do you avoid his fast jabs and crosses? You can move yourself out of his reach, either by moving your feet or just moving your body.

How do you attack him in a way he is not used to defend against? You may kick him, fell him onto the ground, use chin-na techniques on him or strike his arms as he attacks.

So by combining any of the first requirements with any of the second requirements, you can have some suitable tactics. For example you may lean your body backward as he jabs and crosses, and simultaneously executes a side kick. This is one tactic. Or you may shift back one leg slightly as he attacks, and simultaneously strike his attacking arm with your chopping fist. This is another tactic.

You need not apply your tactic each time he attacks. You may tempt him by just moving back, or confuse him with some feint moves, all the time keeping yourself safely away from his fast jabs and crosses or other attacks. When he least expects it you kick him or strike his attacking arm. This one strike must be decisive, followed by other strikes if needed, when he is taken back by your surprised counter.

Or if you like, you may frustrate him every time he throws jabs and crosses by kicking him or striking his attacking arms. This will be variation on your main strategy.

The above is taken from Question 5 November 2012 Part 3 of the Selection of Questions and Answers.