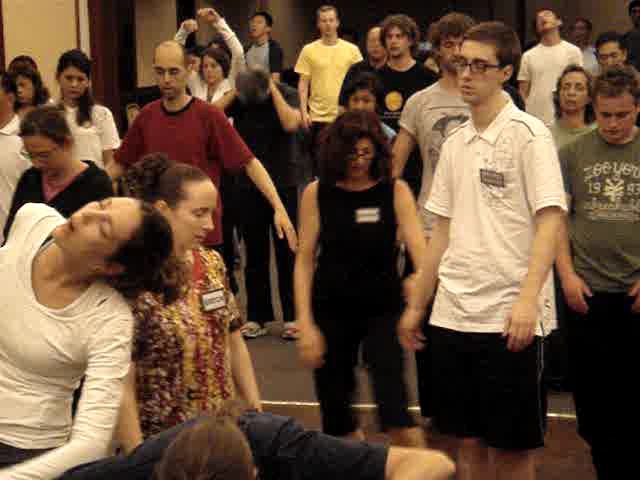 When practicing chi kung, can one undo the bad karma of one's ancestry? I know and believe what you teach about being human is a blessing, so a lot of good karma had to be present in order for one to be human. But if one knows that his ancestry had some bad karma and he does not want it to spill over to his offsprings, can chi kung help with that?

Yes, practicing high-level chi kung can undo the bad karma of one's ancestry, and help the practitioner not only to prevent previous bad karma from spilling over to his off-springs but instead pass on good karma to them.

Suppose the practitioner had hereditary asthma which he had inherited from his ancestors. By practicing chi kung diligently, he overcame his asthma. This is undoing bad karma in the physical dimension.

He was easily prone to anger. It was found out that his father and grandfather also exhibited this negative emotional trait. But by practicing chi kung, he became more tolerable and less easily angry. This is undoing bad karma in the emotional dimension.

He was not bright before practicing chi kung. His father and grandfather were not very clever either. But by practicing chi kung he found to his surprise that he could think more clearly. This is undoing bad karma in the mental dimension.

He discovered that his ancestors believed that bad luck ran through their family line due to a curse a wronged member placed on them. His ancestors seemed to miss every opportunity, and progress just missed them. But by practicing chi kung, his heart opened. He forgave all the wrongs done in the past, and he forgave himself. As his chi flow became vibrant he found that he was getting more and more lucky. This is undoing bad karma in the spiritual dimension.

How does practicing chi kung in the present erase bad karma of the past. It is because karma is fluid. Present karma is the result of past karma, and is the cause of future karma. Let us look at the example of our practitioner again.

The cause of his asthma did not happen the day before, or the year before. In fact, in his case, it happened long before he was born. His ancestors had asthma, and the gene that resulted in a physiological defect that caused asthma was with him at birth. In chi kung terms he was born with defective pre-natal chi.

But the wonderful thing about chi kung, which enables chi kung to overcome so-called incurable diseases, is that we do not have to worry about intermediate causes, because the fundamental cause of any disease is energy blockage. In the case of this particular practitioner, the intermediate cause was a defective gene. This defective gene cause energy blockage which in turn caused asthma.

Thus, when our first practitioner recovered from asthma, he had restored the defective genes he had inherited from his ancestors. But he also had defective genes that made him to become angry easily, unable to think clearly, and depressed him spiritually. In chi kung terms the bad pre-natal chi he inherited from his ancestors resulted in energy blockage that caused him to suffer emotionally, mentally and spiritually. But by practicing chi kung he can clear the energy blockage, irrespective of its immediate causes. In modern terms, he could rectify his defective genes. Hence, when he bears off-springs in future, he will pass on his good genes.

The above is taken from Question 6 August 2010 Part 2 of the Selection of Questions and Answers.