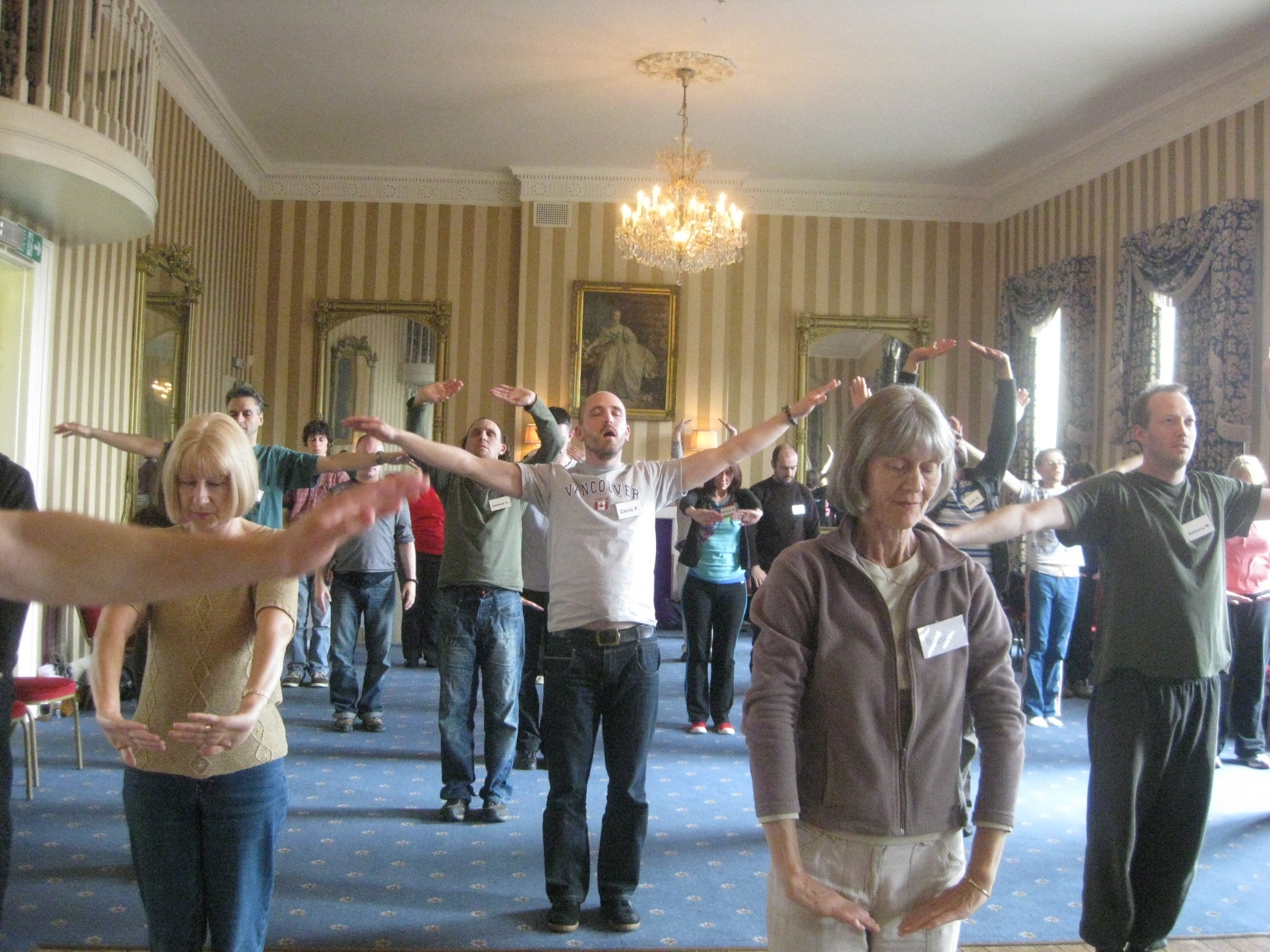 "Lifting the Sky" to induce cleansing

What is the difference between cleansing, building and nourishing?

However, if a practitioner is knowledgeable, he can choose certain exercises that have special emphasis on cleansing, building or nourishing. For example, Self-Manifested Chi Movement and Five-Animal Play emphasize cleansing, stance training and Eighteen-Lohan Art emphasize building, and Cosmic Shower and Cosmic Breathing emphasise nourishing.

If a practitioner is skillful, he can use his mind to direct his chi flow to cleanse, build or nourish. Nevertheless, unless the practitioner has good reasons to do otherwise, employing the concept of "wu-wei", after having performed "you-wei", is safer and usually more effective.

The above is taken from Question 1 July 2016 Part 2 of the Selection of Questions and Answers.