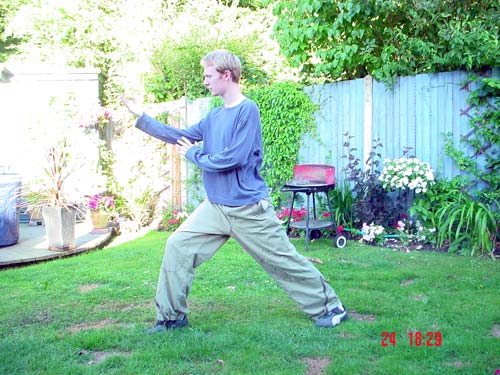 I often found myself asking "Wow, that looks like an impressive move! How are we going to counter that?", only to find the very simple “peng” technique being direct, effective and indeed profound.

I have just returned from Ireland, after attending the regional Tai Chi Chuan course conducted over the weekend of 18th - 19th February. First and foremost, I would like to sincerely thank you for taking the time to give your teaching so generously. I found the course an amazing experience, one I will not forget.

I often found myself asking "Wow, that looks like an impressive move! How are we going to counter that?", only to find the very simple “peng” technique being direct, effective and indeed profound. I know this is only a glimpse of Tai Chi Chuan, but the course really made me realize what the “Art” in 'Martial Art' really means.

There was one point over the weekend that really stood out for me. I was practicing a technique with a young lady (I cannot remember her name), and I remember feeling as though my mind was a little cloudy. I couldn't quite think straight.

It was then that you came over, told us to stop, and instructed me to “Lift the Sky”, which I happily did. After a most wonderful chi flow, I felt fantastic! Invigorated, physically and mentally fresh, and with a beaming smile, I realized how lucky I was to have a wonderful Master teaching me, and looking over me.

I really wanted to thank you for seeing that something was not right, and prescribing a most beautiful remedy, but I never received the chance. It is hard to express my feelings in writing, but it is from the depths of my heart that I thank you.

Finally, I am still un-decided on Taijiquan and Shaolin Kungfu. Having had but a fleeting glimpse of both arts, I have yet to decide which of the two I will dedicate to. Taijiquan suits me better for now at university. I really enjoy practcsing it. However, I will be spending next school year (September onwards) in Toronto, Canada where Wahnam Shaolin Kungfu classes are being held.

Sigung, thank you so very much for everything you have done. I realize you are a busy man, so I do not expect a reply to this email. I just wanted to express my thanks. 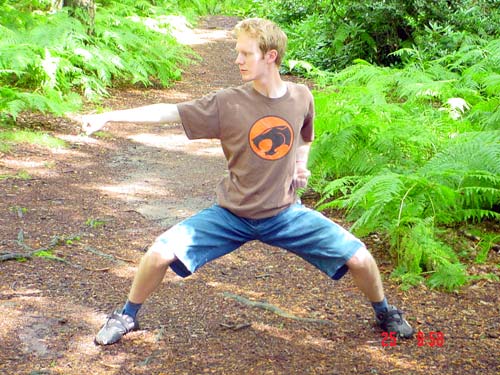