OVERVIEW OF QUESTIONS AND ANSWERS SERIES
January to June 1999 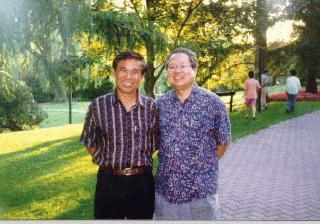 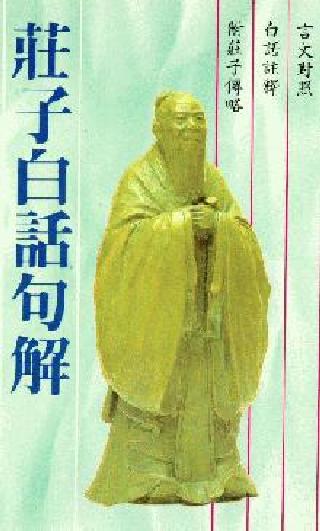 River Spirit asked, "If I regard heaven and earth as big, and the tip of a hair as small, is that correct?" "Not correct," answered North Sea God. "Should we want to measure the myriad things in the universe, there is no limit to their measurements. Should we want to measure the length of time, there is no such a length as long or short time. Everything in the universe is constantly changing. There is no beginning or ending of time." 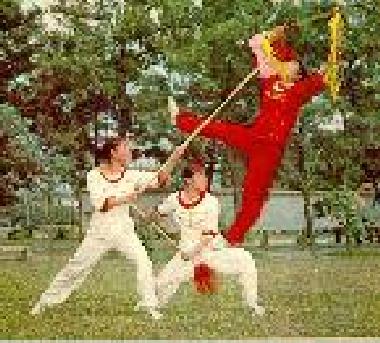 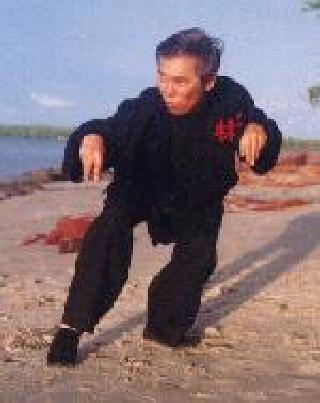 For various reasons, including the interest of the student, I am not accepting students who work for me instead of paying their fees. If you want to get the best benefits from a real master -- any master -- you must learn his art according to his terms. If a master asks you to carry a bag of rice to him everyday for three months, you just do that. You don't tell him, for example, that rice is not good for him and he should eat potatoes, or that you have no money to buy rice. If you cannot carry the rice or have no means to acquire it, it means you are not ready for his teaching. 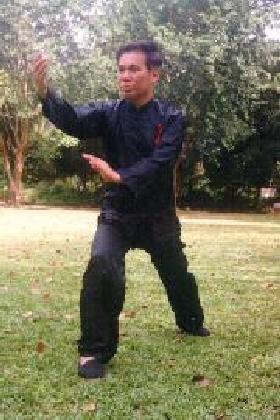 You would be interested to know that meditating and philosophizing are different. One may meditate on various questions, or one may philosophize on them. The crucial difference is that in mediation, one uses his intuitive mind; in philosophsizing he uses his intellectual mind. 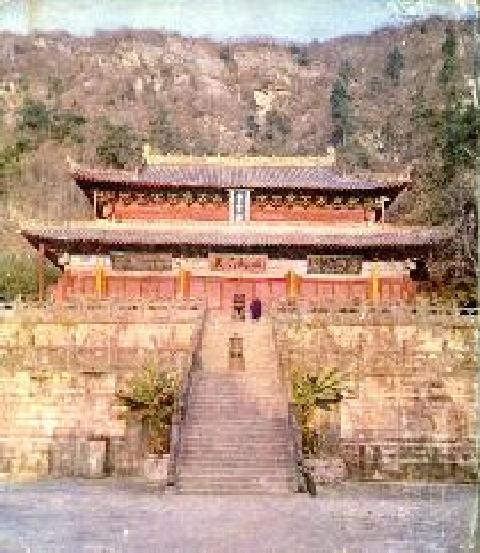 It is also a historical fact that the greatest Shaolin masters were highly spiritual, and they attained their spirituality not through scripture studies but through kungfu training which includes chi kung and Zen. If one examines the philosophy of Shaolin Kungfu, he will find that the highest aim is spiritual, often concisely expressed in the Chinese phrase "xiu xin yang xing", which means "cultivating the heart to nourish the Buddha nature". 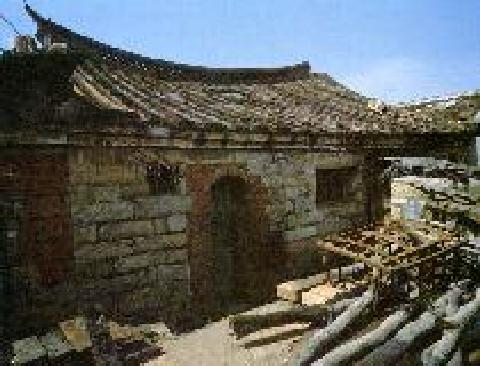 One of a very few Shaolin monks fought his way out and, with the Qing army trailing him for his life, ran out of China through the whole length of Thailand to the southern border near present day Malaysia. He changed his name to Jiang Nan. After his escape, he had one mission in life, i.e. to pass on the genuine Shaolin arts to a deserving disciple. 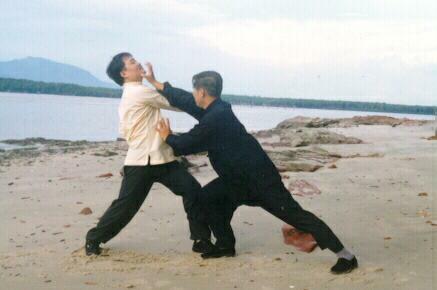 Practising chi kung always keeps you fresh and revitalized. After spending about 15 hours flying from Malaysia to Europe, I spent my time while waiting for three hours in Frankfurt for my transit to Madrid, to write a paper on Chi Kung in Holistic Medicine. As soon as I arrived in Madrid, I set down to answer my back-log of e-mails. Numerous people have asked him how I get so much time to do so much work. I answer that I practise chi kung. 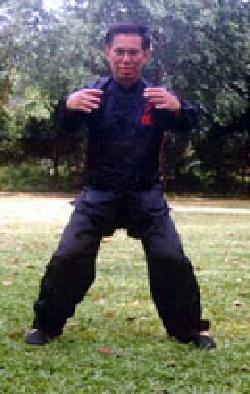 It is hard for many people (including myself when I was much younger) to believe how one could be forceful when he does not use force. The answer, in a nutshell, is that in Taijiquan and other internal arts, the force involved is derived from flowing energy and not from muscular strength. The more your relaxed, the better the energy flow will be. If you tense your muscles, which you would inevitably do when you use muscular strength, the energy flow would be interrupted.

With Zen training, a walk down a block may make you be aware of every contact your feet make with the road; a simple sunrise may awaken in you the joy you had as a child playing in the open. If you are ready, a simple incident, such as the feeling of a grain of sand under your shoe or the reflect of the sunlight on a blade of grass, may suddenly give you a glimpse of the cosmos and reveal to you intuitively the answers to all the questions you have been asking. 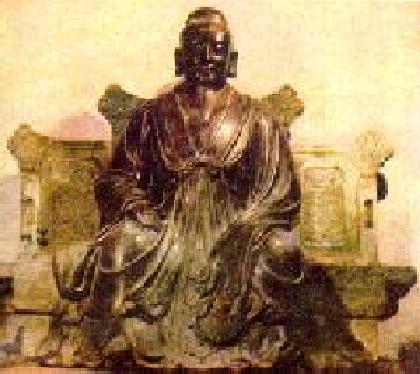 Shaolin philosophy is Zen in nature, whereas that of Tai Chi Chuan is Taoist. Hence, Shaolin techniques are simple, direct and effective, whcih are characteristic of Zen Buddhism. Tai Chi Chuan techniques are flowing and continuous, reflecting the water process regarded as the supreme of the five elemental processes in Taoism. 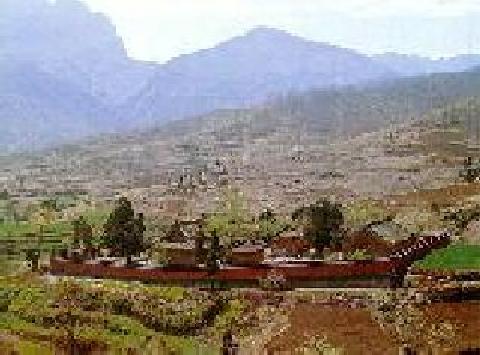 In Buddhist philosophy, which provides the inspiration and explains the wisdom of the Shaolin arts, 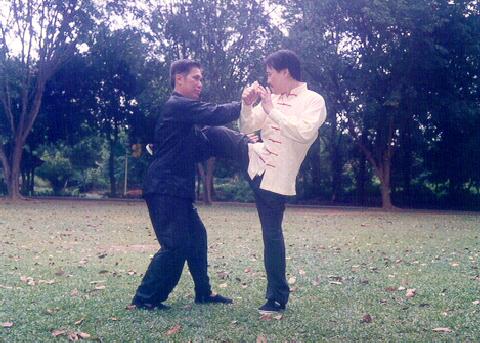 Your six years of Taiji dance, however, is not without benefits. You should be more relaxed and graceful than what you would have been if not for the Taiji dance. What is more inspiring is that you can convert your Taiji dance into Taijiquan. 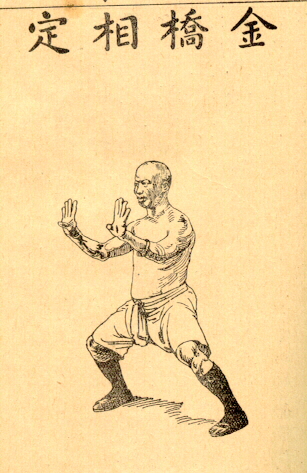 An interesting example is when a child holding the rank of black belt spars with a forceful adult. Protected by safety rules and basing on points, the child would defeat the adult in a no-contact sparring competition, but in a real fight he will be no match for the adult. Actually "force" here is a poor translation for the Chinese term "gong" (pronounced as "kung"). "Gong" includes not only force but also the ability to apply techniques skilfully. Click here to enter.

From the perspective of Chinese martial arts, both jogging and weight-lifting are detrimental to health. A jogger, even if he does an average amount of jogging, not only tosses his internal organs about when he jogs, each step he makes sends shock waves of chi along meridians from his feet to his internal organs. 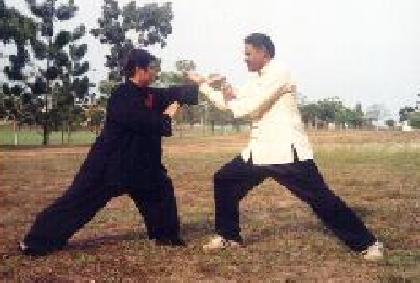 Yours is a good example of knowng the hollow words but not understanding the real meaning of what the words mean to convey. This is a very common situation with many people, especially in the West, probably due to frequent reading of many philosophical or spiritual terms which have become cliches but not experiencing what the terms mean. Do you, for example, know what you actually mean by saying "our fundamental essence", "ego mind" and "true nature of the Self"? Click here to enter. 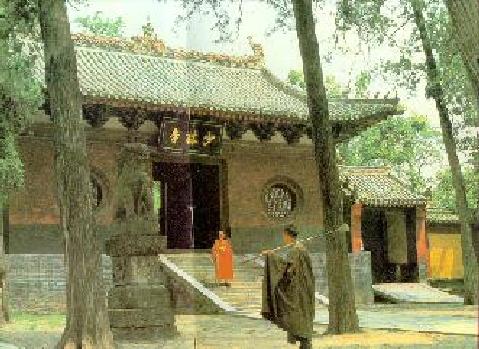 Modern students (as well as many instructors) have confused learning with practising. Students in the past practised martial arts; modern students learn them. After teaching just one technique, a master in the past would expect his students to practise it for a long time before he would teach them another technique. (This typically happened to me as a student.)