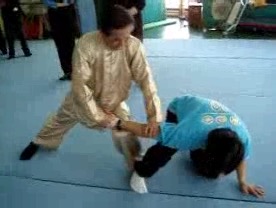 I just finished reading "The Complete Book of Shaolin". I love it! It is by far the best and most in-depth Shaolin book I have found! Thanks so much for sharing this wisdom with the world! I will continue studying and practicing meditation, chi kung, and kung fu.

Thanks for the kind comments on my book.

I suggest that you attend my Intensive Shaolin Kungfu Course from 20th to 26th December 2020. (This answer is only released now because of a long waiting list.) Many people have wondered what can be learned in a few days of the course. You can learn a lot, especially what you may not be able to learn elsewhere.

You will learn in a few days how to develop internal force and how to apply kungfu in combat. But you need to have some kungfu experience. You need to know the Shaolin 16 Combat Sequences, and most important you have to be abided by the Ten Shaolin Laws.

You can learn some Shaolin Kungfu from our instructors or from some other schools or from my book.

Alternatively you can attend my Intensive Chi Kung Course from 16th to 20th December 2020. You need not have any chi kung experience to attend the course. In the course itself, you will learn how to enter into a chi kung state of mind, and to generate an energy flow.

I would suggest that you spend a few days on your own before or after the Intensive Shaolin Kungfu Course or the Intensive Chi Kung Course. Malaysia is a very safe place. You can also book a room at the hotel where the course will be held with the secretary.

"Make sure you do not breath in as you press the abdomen." Please commend on this when performing Abdominal Breathing.

Pressing the abdominal while breathing in will result in chest breathing. 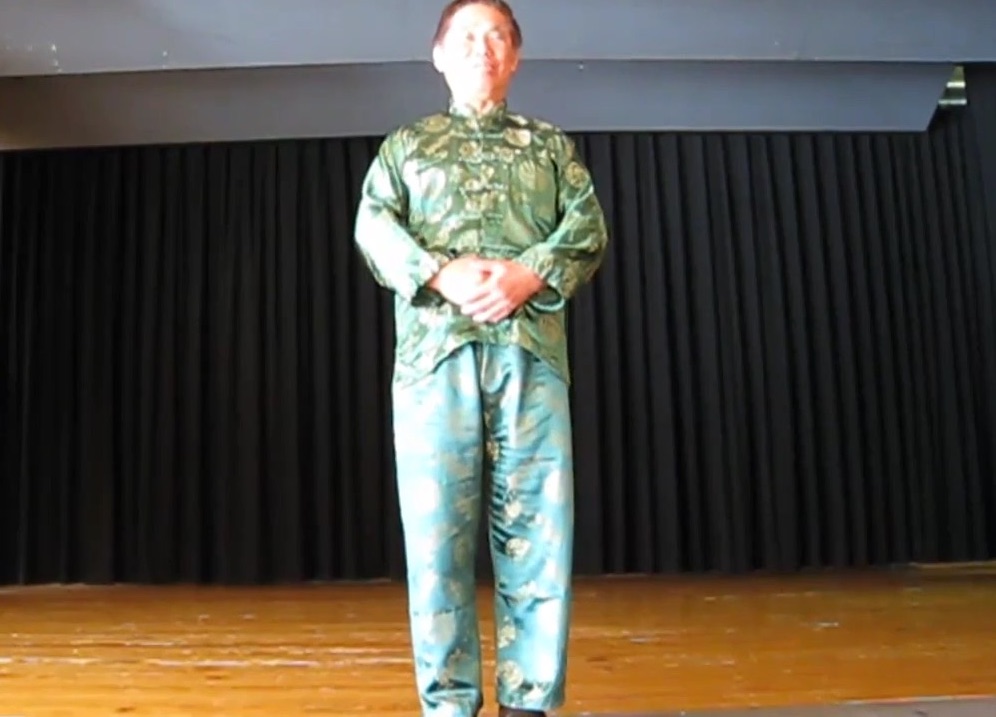 In Shaolin Wahnam, which I inherited from my sifu, Sifu Ho Fatt Nam, it is important to open the mouth. If the mouth is close, force may bounce back and injure internal organs.

I had an aha experience when I performed the Iron Wire Set some time ago. I noticed that the sound "xi" form the Six Healing Sounds could be pronounced in numerous ways. "Xi" if we tensed our muscles would be very different from "xi" when we were relaxed. Hence, I discovered it was not the sound as written down but how we pronounced it that made a big difference.

Both "dim mark" (dotting vital points) and "qin-na" (a special way of gripping) are found in "One-Finger Shoot Zen". "Dim mark" and "qin-na" are considered the "ultimate arts" of Shaolin.

I think I was the only disciple my sifu, Sifu Ho Fatt Nam, taught "Fierce Tiger Cleanses Claw". Regarding tiger-claw, it is at least 3 times more powerful than other force-training methods like gripping jars and iron-balls. Moreover, it greatly contributes to health, vitality, longevity, peak performance and spiritual joys. 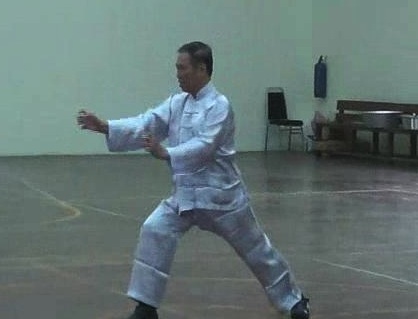 I still want to engage with real fighters and test my kungfu when it gets good enough. My shins are pretty hard I can say with some degree of confidence. I can confidently kick a metal pole with my bare shin.

You can become a better student by practicing. "One set a day" is a good guideline. Not only you will be healthy and full of vitality at 70 and beyond, but you can roll about and fall on hard ground, and every day is joyful. You will practice not only a set a day but also other force training methods and combat sequences.

You can also look for sparring in a friendly way. Ireland does not produce as many Siamese Fighters as Thailand, but there are some good professional Boxers. Start with my 30-opponent programme. You need to build up confidence so that you will beat them. Start with masters and professional fighters.

In fact, you should practice any counters your opponent would use. In this way, you will win every encounter with an opponent. You can also prepare how your opponent would fight. In the fight you just let your sequences flow. Preparation is very important when fighting masters and professional fighters.

Last week, I was having fun skateboarding with my daughter. However, I fell off and heard two cracking sounds as I injured my leg and shoulder. I couldn't walk home, I had to limp back. Once at home I did "Rocking Feet". I repeated it a few times this week, and my injuries are already gone. When I was 17, I also injured my ankle. It took me more than 8 weeks to recover and I had many physiotherapy treatments.

Our arts will serve the present as well as posterity. Even those who do not practice chi kung or kungfu will find a lot of information there. Those who practice our Shaolin Wahnam arts will find more information. I have received many emails saying that my webpages are full of secrets.

You will certainly become more healthy and full of vitality as you grow older. When you were younger, you didn't have such secrets.

The 18 Jewels, the 5-Animal Play and the 18 Lohan Hands are excellent in overcoming illness. But I feel that our best arts are the Small Universe, the 18 Lohan Art, Cosmic Shower and Cosmic Breathing, which give us good health, vitality and longevity besides combat efficiency.

The Big Universe also gives us a glimpse of Cosmic Reality, or God the infinity in Western terminology. 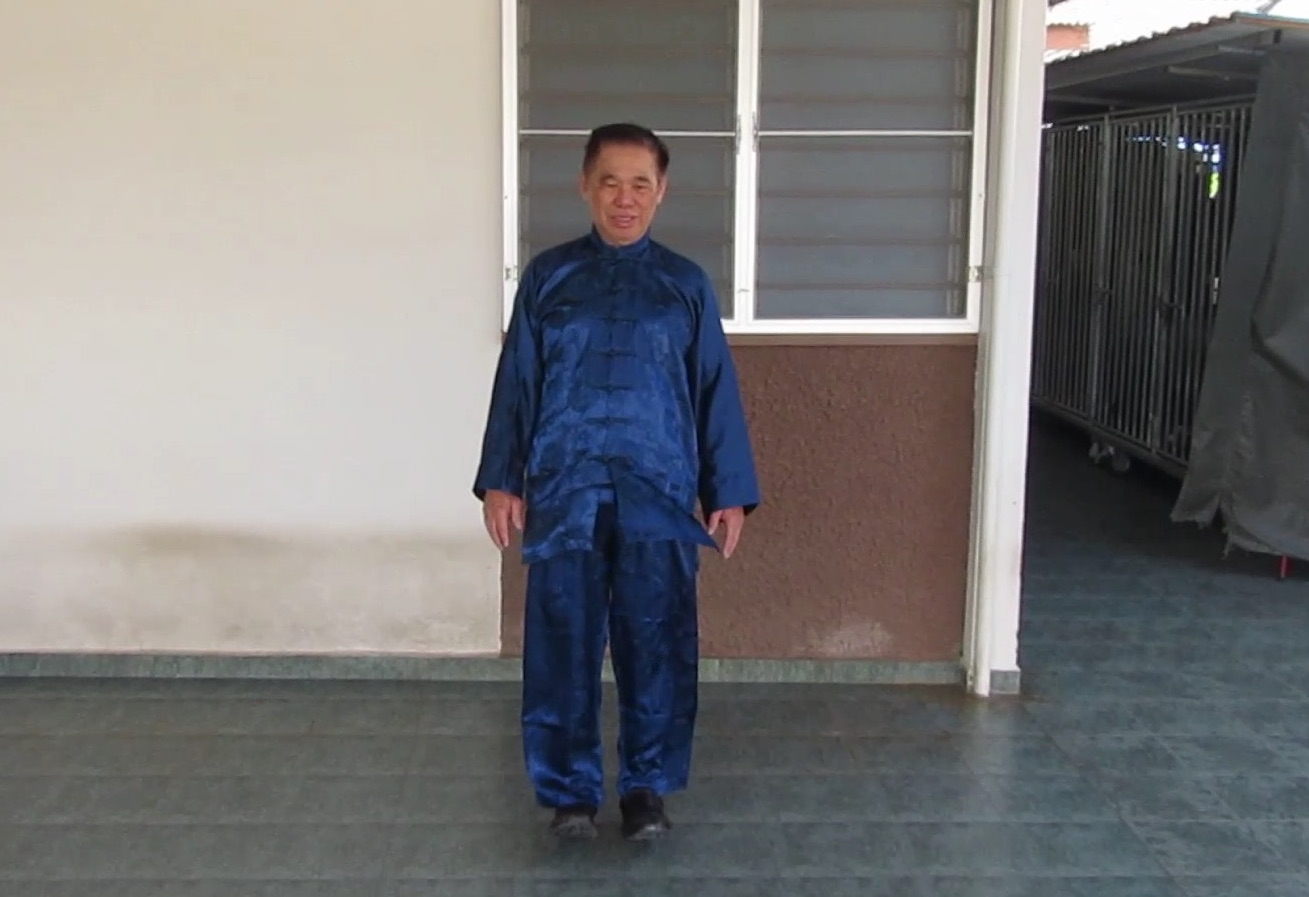 After 150, I started flowing a lot and my arm movements went quite fast and were sometimes out of form. I let it flow for the rest of the repetitions. I was wondering if you would still achieve Cosmos Palm if you trained like this.

When I practiced Cosmos Palm, I did not perform 300 repetitions. I can't remember how many repetitions I did.

I indirectly use Cosmos Palm in my healing.

I believe my sifu, Sifu Ho Fatt Nam, sped up my progress with Reverse Breathing by letting my energy flow up my governing meridian. I took about 2.5 years, which was considered very fast. It is incredible that you take only a few days. But you must have energy at your "dan tian", which you already have.

I initiated Cosmic Shower when I read a classic called "Opening of the Five Golden Flowers". The training period takes about 20 years. A Taoist practitioner sits in meditation and develops his energy at his "dan tian". Then he leads the energy to his "baihui" at the crown of his head. Meanwhile he infuses his consciousness into his energy. When his "baihui" opens -- the Opening of the Five Golden Flowers -- he roams the heaven as an immortal.

I opened my "baihui" and let energy flow down. It was a wonderful feeling. At first I called it Golden Shower, but Ricarrdo of Portugal told me that golden shower might have a bad connotation. So I changed it to Cosmic Shower. Later, I found that besides cleansing, I could also nourish.