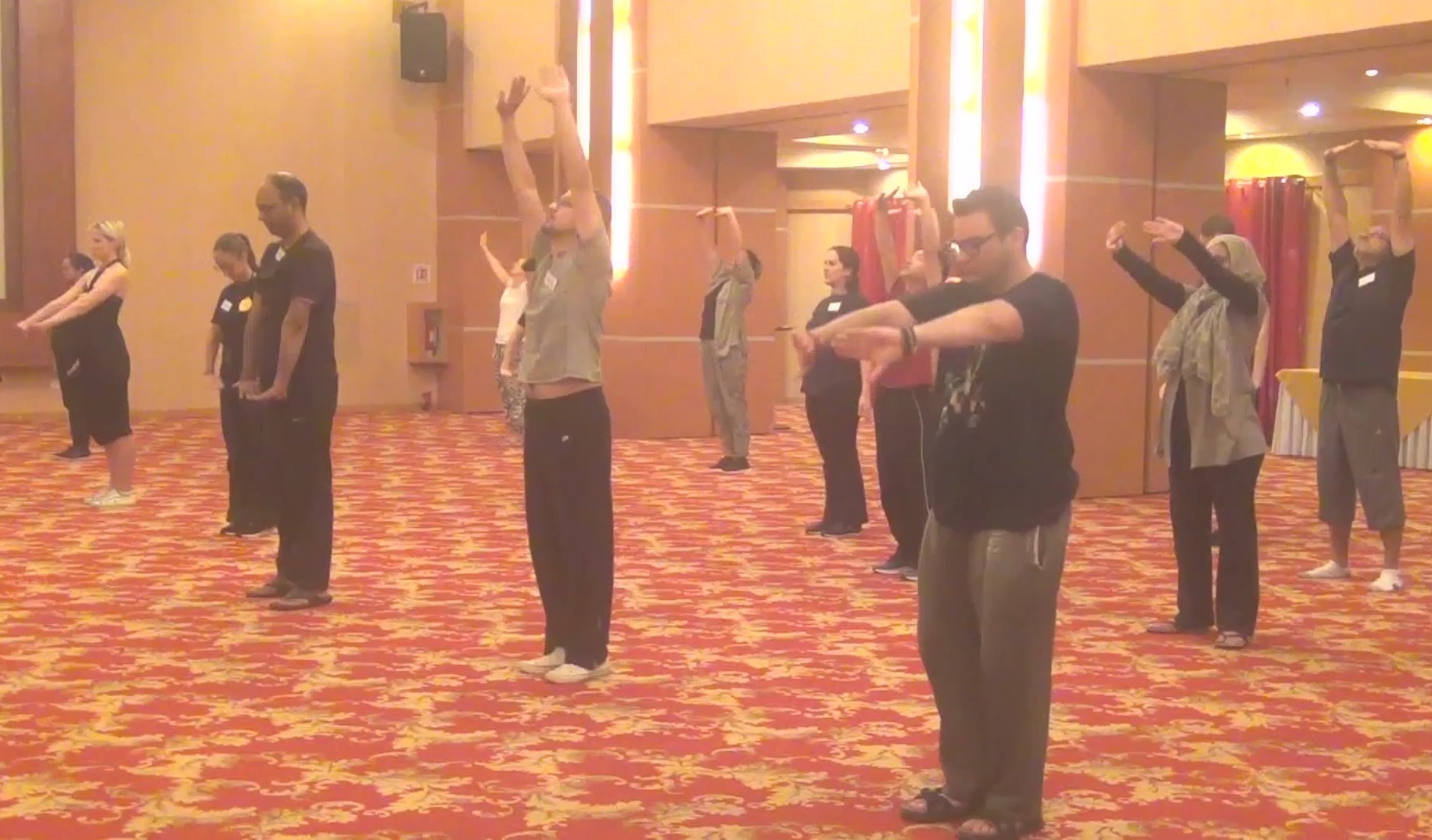 Practicing genuine, high-level chi kung is a good prevention against world pandemic situation. Practitioners will also not be carriers.

Because of the pandemic situation people in general are so stressful. I know our practice makes us strong physically, emotionally and mentally.

However, I thought of asking you for your wise advice about doing an interview specifically to improve the immune system. Some of our students would like to know.

Thank you Sitaigung and send my best for you and your lovely family.

Our chi kung is a good prevention against any disease. You will also not be carriers of the virus because the virus will be destroyed immediately.

However, if the interview is based on the internet, you can have the interview. You can also mention that practicing genuine, high-level chi kung is a good prevention against any disease, and the practitioners will not be carriers.

Most people, however, only practice gentle physical exercise although they call the art "chi kung". A good analogy is Taijiquan. A lot of people say they practice Taijiquan, but they have no internal force and they cannot defend themselves. They only practice the external forms.

Chun Nga Siheng was so generous to teach me, Brian, Katie and others in Malaysia. Everything was going very well with my practice. I was more focused and felt deeper force/energy than ever before. I was able to make longer use of my days before getting tired, had greater energy, and my work was interesting. I could literally feel the energy of a clear path.

However, everything changed when my daughter (3 yrs old) and I were in a small car accident. We were going slow, but the other car was going fast when it hit us from the side. We were ok, mostly jolted and shaken up. I gave general energy to my daughter who seems to be ok now.

Accidents don't happen! I think the accident was a blessing in disguise, though you may not know it. Something terrible could have happened.

Let us look at the bright side of things. You and your daughter were alright, though you never felt as good before.

You will get back your focus, energy and peak performance like before. Just carry on your practice, and gradually you will be experiencing wonderful things.

It is great that you went to the west coast of the US for a holiday. I miss Brain, Katie and Michael. They are very nice people, and they treated me very well when I was in the United States.

Think of the good times you were with them. This would make your practice better. 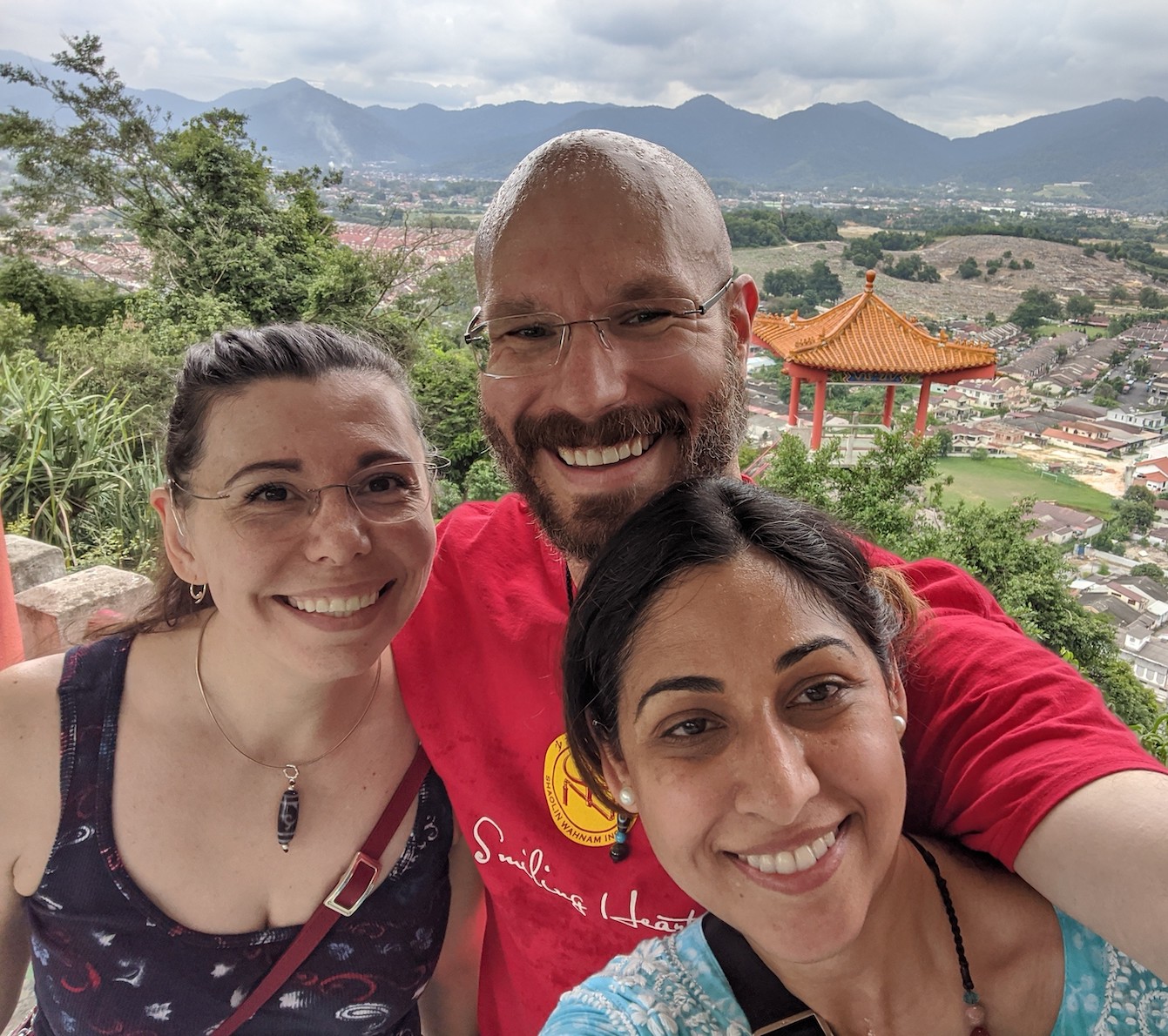 I was wondering what the specialization weapon or weapons that compliment the Shaolin Traveling Dragon Pakua set.

The Shaolin Traveling Dragon Pakua Set (shortened to Pakua Set) is different from Baguazhang, or Pakua Palm. Both the Pakua Set and Baguazhang are practiced in Shaolin Wahnam.

The Pakua Set belongs to Southern Shaolin and is a specific kungfu set. Baguazhang is a kungfu style itself. It consists of 8 mother palms which multiply to 64 palms. The fundamental set is Swimming Dragon Baguazhang, which has many versions.

This was to change dramatically when I learned the Pakua Set. It was encouraged by my sifu who told me that I could ask any questions. I usually asked questions about how to defend against various forms of attack.

My practice has been improving. Thank you for your advice to focus on the fundamentals, and the reminder to enjoy the practice. I have recently attended several yoga classes taught by a friend. It was a very clear example of gentle physical exercise, and I was surprised by just how empty it felt. It made me feel very grateful for genuine chi kung and your teaching. Thank you very much, Sifu!

The fundamentals are very important. They are not just elementary, but the basis on which future training depends. When you are advanced, as you are, the fundamentals also include the stances and the basic patterns.

Enjoying the practice is very important. All kungfu classics recommend practitioners to enjoy their practice. I would like to share with you a saying: "Don't worry about the benefits, but enjoy your practice. The benefits will surely come."

Unfortunately, nowadays many yoga lessons are just gentle physical exercise, and the practitioners don't realize it. There is nothing about the union with God, which genuine yoga actually is. 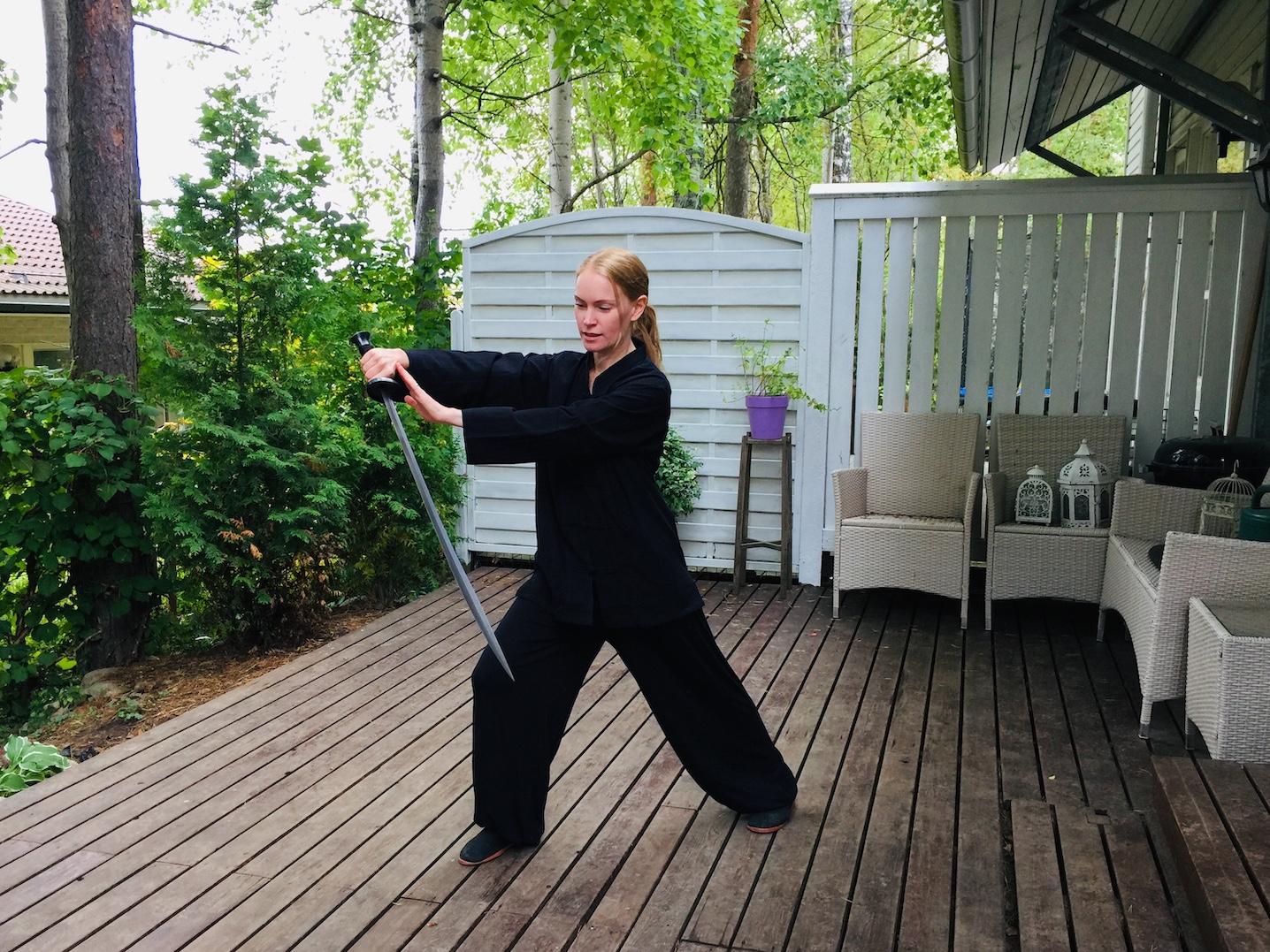 The sabre is a compliment to the Pakua Set

There was a fascinating fight at the end of the film. A Japanese master grappler was fighting with Wong Fei Hung. He kept grappling Wong Fei Hung's arm and neck and rolling around on the floor and trying to apply Japanese holds while on the ground.

In cage fighting, MMA and UFC, there are specific rules that prohibit opponents from applying oil and Vaseline to themselves. However in real life, fighting has no rules.

As far as we know we in Shaolin Wahnam are the only school that apply what we have learned in kungfu and chi kung to our daily life. I also believe that you have the techniques in handling any combat situations.

Not many people realize that cage fighting, MMA and UFC as well as Karate, Taekwondo, Muay Thai, Boxing and Kick-Boxing are sports. It is no wonder that some experienced martial artists were killed in actual fighting involving seasoned street fighters.

I also believe that professional fighters know that their arts are sports. It is obvious to the initiated in Wrestling. You may notice that when a wrestler jumps down on another wrestler who lies helplessly on the floor, the former wrestler supports himself on his knee when landing on the latter. The professionals would know how to get out of any locks or difficult situations.

I am quite sure you would not like to fight in a professional ring. We practice our kungfu for good health, vitality, longevity, peak performance and spiritual joys.

Hence, in traditional Chinese medicine the remedy is to correct any system, organ, tissue or cell that is not working normally. This is expressed as yin-yang harmony, yin being the natural working of the systems, organs, tissues and cells, and yang being the disease-causing agents that make the systems, organs, tissues or cells to work abnormally. In traditional Chinese medicine there is no such a thing as an incurable disease, as to be healthy is our birth-right.

Chinese medicine today is much influenced by Western medicine. As you know very well, there are many "incurable" diseases in Western medicine, such as cancer, heart problems, diabetes, arthritis and even the common cold. Many psychiatrists, in trying to emulate physicians, separate the spirit from the body. To them there is no such a thing as the "mind"; they are just brain functions. 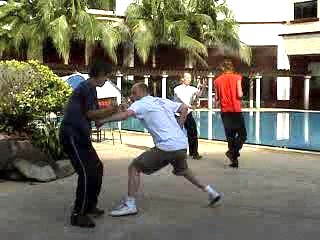 In free sparring we also train the fundamentals

How does China overcome this epidemic (Covid-19)?

Wuhan, in Hubei Province in China, is the epicentre of Covid-19 or coronavirus. In January 2020 there were 2478 new cases; in March 2020 there were only 129 new cases. There were not enough new cases to convincingly test new drugs. The World Health Organization declares the disease to be an pandemic.

Here are some of the measures China uses to contain the disease:

1. There was a lockdown of Wuhan, isolating more than 50 million people from the rest of the population.

2. There was also the building of a 1,000-bed hospital within 10 days specially dedicated to the illness.

3. Tests and treatments were free.

4. Teams were sent to monitor affected patients to prevent contact.

6. Those who went outdoors had to wear a mask.

7. Inbound international travellers had to be quarantined.

8. There was China's temporary ban on the trade and consumption of wild animals.

The special contribution of the Chinese authority on the disease is speed. It prevents the disease from further spreading. China is a classic example to contain the disease. Soon the pandemic will be over.

You will be pleased to know that practicing genuine, high-level chi kung is a good prevention against the disease, and practitioners will also not be carriers because the virus is destroyed immediately.

But genuine, high-level chi kung is very rare today. What people practice is gentle physical exercise though they call it "chi kung".