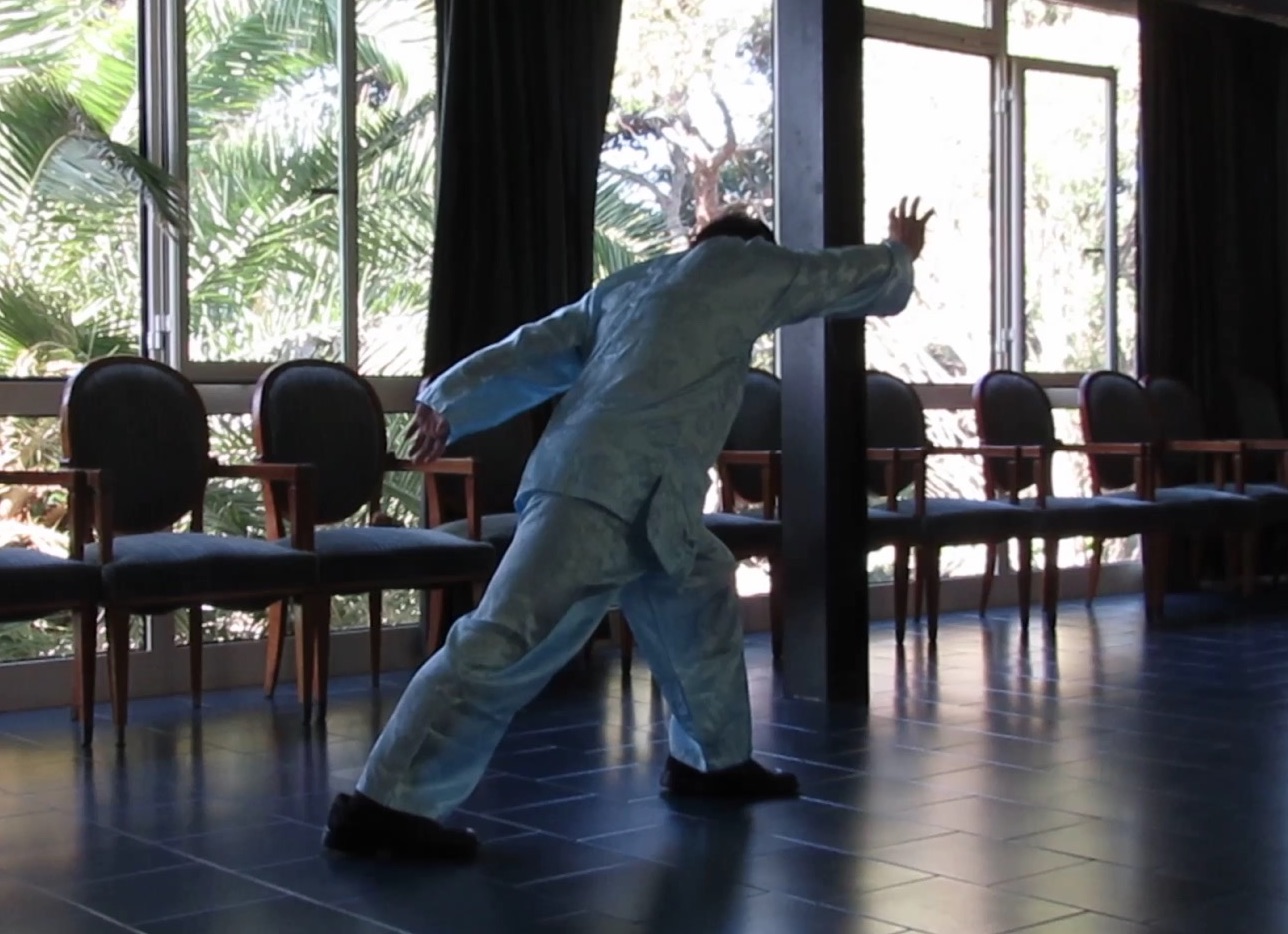 Why most chi kung schools today perform only gentle physical exercise instead of energy exercise?

Chi kung is energy exercise, but more than 80% of chi kung practitioners all over the world perform gentle physical exercise, though they call it chi kung. The remaining practitioners may practice genuine chi kung, but it is of a low-level which gives them some sense of well-being if they are already healthy. If they are sick or lack vitality, their chi kung may not be able to overcome their illness or give them strength.

These practitioners do not differentiate between gentle physical exercise and chi kung, and cannot tell the difference between high-level chi kung and low-level chi kung. Understandably, they and many other people may not like what I say here, but it is just the truth. If one practices genuine chi kung, he would get the benefits of what he practices. Chi kung gives good health, vitality and longevity, but many practitioners are still weak and sickly despite having practiced their arts for many years.

There are a few reasons why so-called chi kung practitioners practice gentle physical exercise instead of energy exercise. In the past it was a special privilege to practice chi kung. Then suddenly in the 20th century practicing chi kung became very popular. Many chi kung instructors were needed and they were trained quickly in a matter of months instead of years in the past. When something suddenly became popular, there was a drastic drop of standard.

It was specially so when many Westerners went to China to learn chi kung and returned to become instructors in their own countries. They further trained other instructors who did not have a deep understanding of chi kung. It should be known that traditional Chinese masters are conservative, and foreigners cannot learn much in a few months.

Soon chi kung has become a gentle physical exercise, usually not realized by earlier instructors. Later instructors are worse; they cannot differentiate between gentle physical exercise and chi kung, because the form is the same. In the same way, Taiji dancers cannot differentiate between external Taiji forms and genuine Taijiquan, which is an internal martial art.

Chi kung is an art of energy, or energy exercise. Most chi kung practitioners today, including “masters”, have no experience of energy or chi.

If I have an important project that may upset people, how do I have the courage and overcome the fear to continue?

Firstly, we have to ensure that the project will bring benefit to many people, including those who may be initially upset. If it does not bring benefit, then you must have the courage to discard your project.

It is great that you are practicing well in Fully Alive, an organization dedicated to making you healthy, including psychological health, and promoting your daily life. You will not only overcome your fear and have courage, but will do well in your project and enjoy it.

The chi kung exercises we did at the course, i.e. Nourishing Kidneys and Presenting Claws, will respectively overcome your fear and give you courage. Have a chi flow after the exercise. 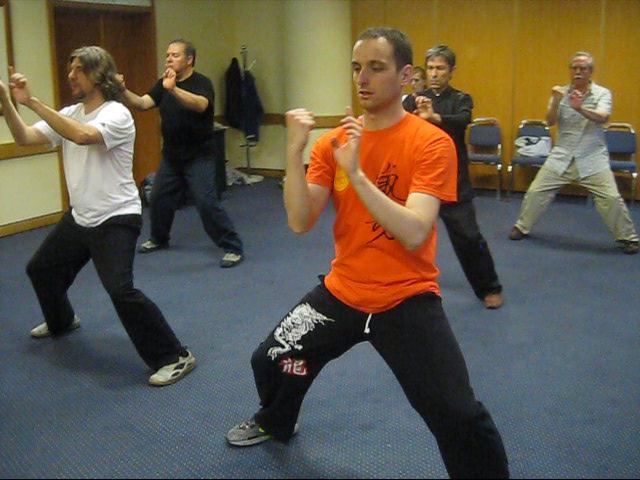 The doctors and we in our school have different paradigms about bending your head or body. According to conventional Western medicine if your have some problem in your head or body, it is not advisable to bend it as the problem may affect your spine which may lead to paralysis.

When you bend your head or body, you open the vertebrae at your spine. When you straighten yourself, your vertebrae close naturally. You must make sure it is genuine chi kung, which is energy exercise, and not gentle physical exercise.

I am very impressed with your demonstration of the Iron Wire Set in Barcelona the last time you taught us. It was simply fantastic the force you demonstrated. I would like to confirm the flowing method and the consolidating method you used in Iron Wire.

However, a glacier is not an excellent analogy because the ice bergs in the glaciers are quite solid, whereas the energy in consolidated force is still flowing though it is much condensed. A better analogy is the larva of a volcano.

However, most practitioners, including real masters, cannot do this. Hence, they are advised to stay with one type of force. If they attempt both at the same time, they may cancel the force they have developed.

Let us say other practitioners have 3 successful sessions a month, though they practice every day. They become successful only when conditions become ideal.

Do they have 300 units of internal force in the first month? No, they will have much less, because their successful sessions are too far apart to be accumulative.

However, if a practitioner practices flowing force and at the same time consolidated force, like in Taijiquan and Shaolin Iron Wire Set, his force training sessions will cancel each other with the result that he will not have any internal force no matter how long he has trained! 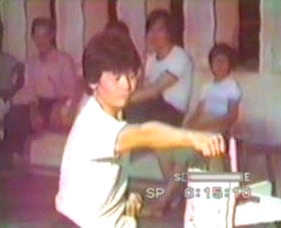 Thank you again for continuing to teach and spread the Shaolin Arts, even after so many decades of teaching and practice. I hope that all of your students are able to attain even a small fraction of your incredible skill, knowledge, and generosity.

It is great to hear from you again. I am particularly glad you are now a qualified doctor and are helping to spread our arts to many people.

The arts from our school, Shaolin Wahnam Institute, has given me and many other people much happiness, good health, vitality, longevity, peak performance and spiritual joys irrespective of ones religion or a lack of it.

I just returned from a trip to Portugal, England and Spain. From the organizers of courses in these countries, students have benefited very much from the courses.

The earliest and most influential article that I read on your website was the importance of having clear aims and objectives in training.

In our school we make a difference between aims and objectives. An aim is long term and is usually general, like having good health. An objective is short term and can be defined, like overcoming a particular illness.

It is precisely that many practitioners do not have aims and objectives that they have wasted much time, usually in matters of years. Worse, they sometimes have adverse effects. For example, many martial artists are unhealthy, and hurt themselves in free sparring.

Usually they are unaware of the aims and objectives why they practice their arts. For example, many so-called chi kung practitioners remain weak despite practicing their art for many years, and many continue to take medication on a routine basic. 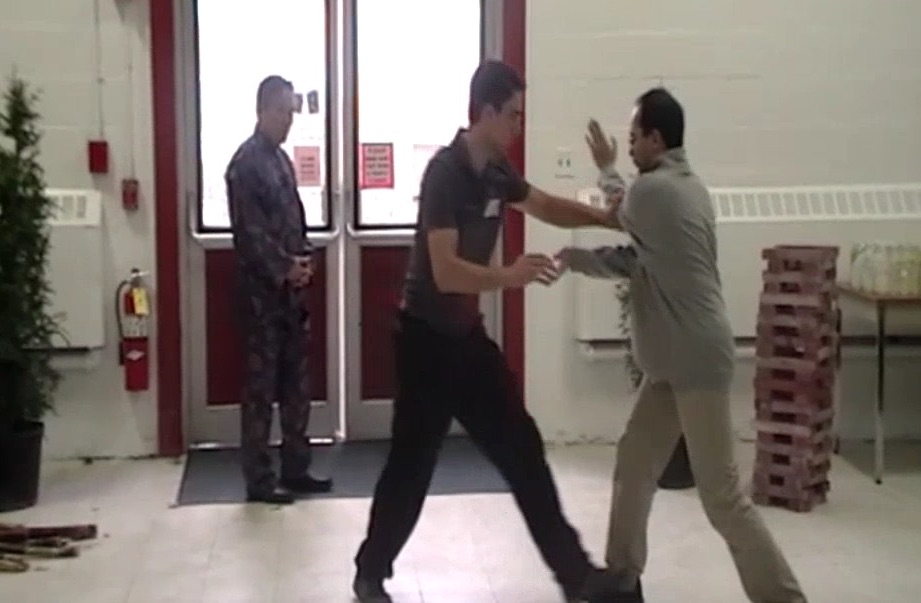 If you practice kungfu, you must be able to apply its techniques to fight

That said, I have lately been thinking of what exactly constitutes the minimum, intermediate, and advanced levels of attainment in the various arts that we practice in our school and what sort of timetable one should set to attain such standards and how to test those standards with various feats such as breaking a brick, extinguishing candles, slashing bamboo on top of eggs, and likewise.

To answer your question well, it is good to differentiate between learning and practicing. Learning is getting new material, practicing is going over material that has been learnt. Learning makes a scholar, whereas practicing makes a master. How good a doctor is, is how numerous patients he has cured, not how much he knows in medicine.

The minimum levels of attainment in the various arts in our school, which constitute more of learning and less of practicing, are listed in the webpages on Shaolin Kungfu Training Programme and on Wahnam Taijiquan Training Programme. Each level of these two programmes is only 3 months for the very fast.

The intermediate and advanced levels of the various arts, which constitute more of practicing and less of learning, are limitless. The more a student trains, the more skillful he becomes, and eventually he becomes a master. It is also helpful to know there are different levels of masters. A master of Lifting the Sky, for example, is of a lower level than a master of Baguazhang, who excels in many aspects of this kungfu style.

The time taken to break a brick, to extinguish a candle, or to slash bamboo supported on eggs should not be more than one year. These feats are good for demonstration, to show that we have the required internal force. But what we really aim at are not just demonstrations, but good health, vitality, longevity, peak performance and spiritual joys. Internal force, of course, will contribute to attaining these wonderful aims.

Could Sifu comment on what he believes a student of Shaolin Wahnam should have attained at the basic, intermediate, and advanced level in the various aspects of our Shaolin kungfu syllabus and how long a dedicated student should take to attain such a standard, and how a student can objectively test their skill in various aspects of our kung fu training.

As mentioned in Question 7 above, the minimum time to attain the basic level in the various aspects of our Shaolin Kungfu syllabus is three months. There is no limit to the intermediate level and the advanced level. The more he trains the more skillful he becomes. It is skills, not techniques, that determine how well a person performs a particular task.

Editorial Note: Dr Frederick Chu's other questions can be found at July 2019 Part 3 issue of the Question-Answer Series.