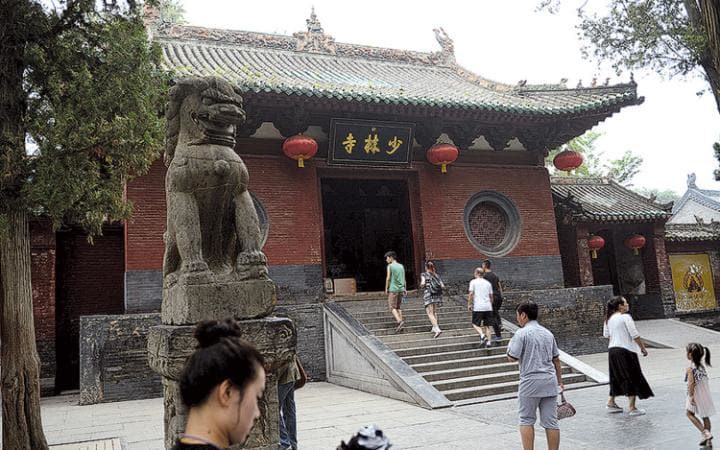 The Shaolin Temple, reproduced from http://www.telegraph.co.uk/news/world/china-watch/culture/highs-and-lows-of-a-storied-past/

Firstly I'd like to thank you putting up your website which has been very informative. I have studied some Shaolin Kungfu at the Shaolin Temple in China. While I learned much there I did not learn how to fight with traditional Kung Fu forms. I do not say this to disrespect my Sifu there.

The Chinese government has done a great job restoring the Shaolin Temple and teaching kungfu, which is called "wushu" in Chinese. However, the government emphasizes the demonstrative aspect of wushu. Combat application, internal force and spiritual cultivation, which were the hallmarks of good Shaolin Kungfu, are not taught.

Many people have kindly commented on my website that it is the best they have seen. It is certainly very extensive, and covers a wide and deep range of kungfu, chi kung and Zen.

I read in your website a few times that you were betrayed by students. What exactly constitutes a betrayal for you? In China, for example, a betrayal would have been changing kung fu schools. Is that what you meant when you wrote you were betrayed, besides the incident where people tried to badmouth you and other instructors?

In the early years of my setting up our school, many people badmouthed me, calling me a liar -- without first checking whether what I said was true. For some reasons, such badmouthings are uncommon now. These badmouthings by themselves are not betrayals.

Those who betrayed me were those I helped, like giving them money when they were in difficulty or literally saving their lives. I never expected them to repay my kindness, but I also did not expect them to return kindness with vengeance. If they just left our school and ignored me, I might regard them as ungrateful, but I would not call their actions betrayals.

In fact, I had to thank them. They were the "push" factors which led me to travel and teach in many countries. Without their betrayals, I could be famous in my own country, but I would not teach in more than 35 countries with about 60,000 students. 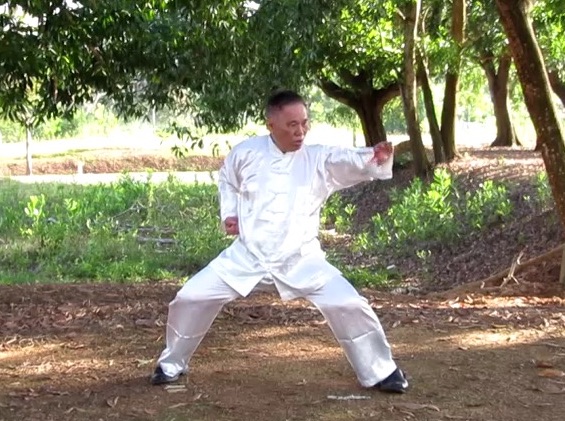 Or would for example someone leaving your institute after having studied with you and setting up their own school be a betrayal?

I ask because I was really surprised by the strong reaction I witnessed in China over matters which would from a Western view-point be almost trivial. In the later case I mean unless the schools are in direct competition

If someone studied with me, and then left and set up his own school even when it was in direct competition with Shaolin Wahnam, I would not term it as a betrayal. It is a betrayal only if he returns kindness with vengeance.

Chinese and Westerners have different view-points. Some Chinese masters whose students set up their own schools without the masters' blessing, could be considered betrayals by the masters, especially if the students were not qualified to teach.

Traditional masters whose students are such teachers do not want their students to mislead other people with wrong arts, i.e. kungfu that cannot be used for combat, and chi kung that does not bring health. It is known as "ng yein zi thai" in Cantonese, or "wu ren zi di" in Mandarin, which literally means "spoil others' children and younger brothers."

To me, a betrayal is more serious. It is returning kindness with vengeance. There was kindness given by me, like giving money to the people who betrayed me, or saving their lives, and vengeance returned by them, like badmouthing me or attacking me behind my back.

How does Cotton Palm contribute to spiritual cultivation?

Spiritual cultivation, as in Cotton Palm, may be divided into three levels.

At the lowest level, a spiritual person is relaxed, peaceful and happy. If he is tensed, agitated and sad, his spirit is disturbed. Cotton Palm contributes to this attainment at the lowest level. A Cotton Palm practitioner has to be relaxed and peaceful to generate internal force, which opens his heart making him happy.

At the highest level, a spiritual person merges with Cosmic Reality, called in Western terms as returning to God the Holy Spirit. He needs a lot of internal force to break through his illusory body. Cotton Palm provides the training to attain this tremendous internal force. 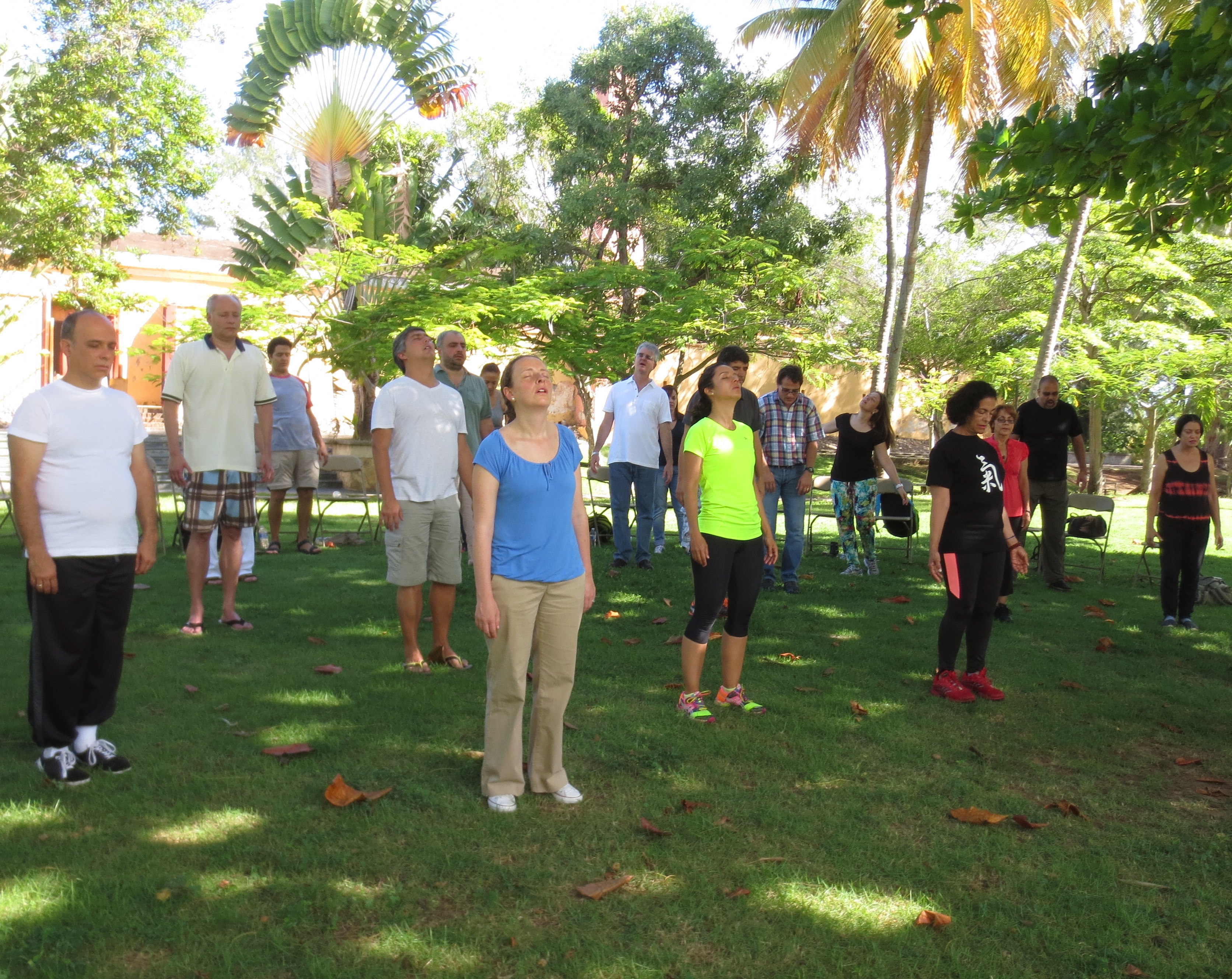 Do not practice chi kung at your potential, but at a level best for your purpose

When someone is sick, does he need to practice chi kung more times than healthy people?

No, he doesn't. Asking a sick person to practice chi kung more times, which means he derives more energy from his practice, is like asking him to run a marathon or to lift heavy weights. This may need a paradigm shift because most people think, wrongly, that to recover from an illness, a sick person needs more energy, hence he should practice more often. This is not so in our school.

In fact, for a scik person to recover, he should practice the lowest level of chi kung to have the least energy, and the energy increase will help him to recover. His sickness is due to energy blockage. Once the energy blockage is cleared by the increase of energy flow, he will recover.

In subsequent months, he has to spend a little less money so that he can save some money to return the debt. Let us say he spends 1800 euros a month, so he saves 200 euros, and therefore can return the debt in 2 months. But if for any reason he increases his cash inflow from 2000 euros to 2400 euros a month, he also can return his debt immediately.

If he wants to take his family for a holiday, he needs more money. Let us say he needs 3000 euros. So he needs to spend less per month so as to save the exta money for his holiday. If he spends 1800 a month, he will have 3000 euros in 15 months for his family holiday.

Is it alright if someone does not perform chi kung perfectly?

Yes, in our school it is alright if a practitioner does not perform perfectly in his chi kung practice.

In fact, it is recommended not to practice perfectly in order to prevent over-training! That is why we recommend that our students practice at 30% or less of their potential. In other words, they purposely do not perform their chi kung perfectly. If they perform perfectly, which is at their potential, they may over-train.

Why is this so? We really do not mean to belittle other schools, nor glamorize ourselves, but most other schools do not practice chi kung even when they honestly think they do. They perform their chi kung techniques as gentle physical exercise, not as chi kung or energy exercise. Hence they do not derive chi kung benefits. Even when they perform their chi kung techniques perfectly as gentle physical exercise, they will only get physical benefits, and not any chi kung benefits.

On the other hand, we have become so ridiculously effective that we have to purposely not to perform our chi kung techniques perfectly as chi kung so as not to over-train. Two excellent ways to avoid over-training are to cut down the time of practice or the intensity of practice. As we practice our chi kung for only about 10 minutes, we cut down our intensity by not going deeply into a chi kung state of mind. 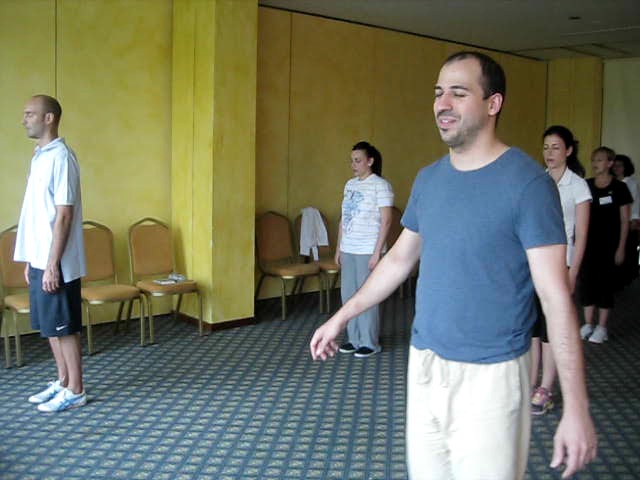 Do you teach mediation? How do I practice meditation for spiritual development?

I teach mediation, and our students practice meditation every time they train. Our training is triple cultivation, i.e. we train the physical, energy and mind. Meditation is the training of mind.

You can now attain better results in shorter time in standing meditation than what most meditators do in meditation in a lotus position. The basic benefit of meditation is to be relaxed, and the highest benefit is to expand into the Cosmos, called by different people of different cultures as seeing the Original Face, meeting God the Holy Spirit, or merging with the Great Void. Our students can attain the whole range of benefits from the basic to the highest by using standing meditation.

You are already practicing meditation for spiritual cultivation, besides having good health, vitality, longevity and peak performance. You are relaxed, which represents the basic level. You are happy and peaceful, and produce better results in whatever you do, which represents the middle level. If you attain my advanced courses like Merging with the Cosmos, you have at least 60% chance of attaining the highest level.

Is it a contradiction? You told us to aim for excellence, and you told us not to over-train.

It isn't a contradiction. When you aim for excellence, you aim at a level that is best for you -- without over-training. If you over-train, it is bad for you.

If you merely practice, you may move to 2 or 3, which means your results are mediocre. If you aim at 10, you may not get 10, but you may get 6, which is a tremendous improvident on 2 or 3.