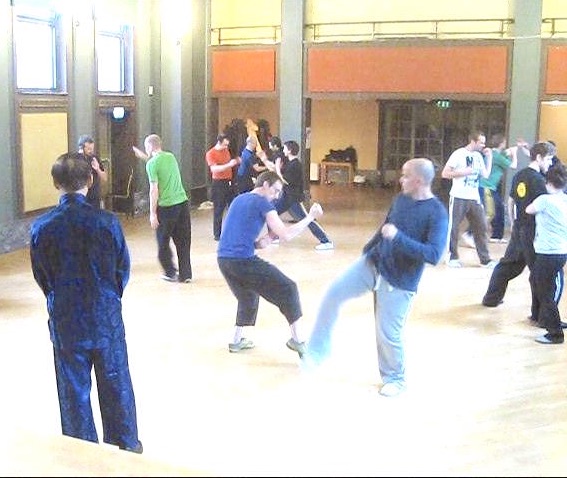 What past masters could do, we in Shaolin Wahnam can do. For example, past mastres could use kungfu for sparring for a few hours non-stop, and had internal force; we do that too.

I have been thinking of something. I just haven't wanted to ask you because it might be pure intellectualization, in which case I would feel bad for bothering you. Still, I haven't been able to let it go.

Hence, "don't intellectualize" is the second rule of our three golden rules of practice. The first rule is "don't worry", and the third rule is "enjoy the practice".

We can afford not to worry because our chi flow, which is an integral part of our practice, will erase whatever harm any unknowing wrong practice may bring. Students of other schools, because they don't have chi flow, may not have this luxury.

Westerners intellectualize excessively. When a Westerner walks down a road, for example, his mind is filled with myriad thoughts.

Letting go is very important. In my many years of teaching and healing, I have discovered that many people become sick because they cannot let go. In Western medical terms, this is described as stress, and is a major cause of illness.

Two of the best benefits in our school are that our students do not intellectualize unnecessarily and they can let go.

You say that past masters trained for longer periods of time. I have also read that in Shaolin Wahnam, it is the chi flow (in part) that ensures the holistic benefits of the training. The fact that the past masters had to train for hours a day means that their daily practice in itself was of a lower level.

The first two statements are correct. Records show, for example, that Hoong Hei Koon, a great Shaolin master, and Yang Lu Chan, a great Taijiquan master, trained for many hours a day.

One of the greatest facts that I have discovered is that chi flow provides the benefits of chi kung and internal force training. This fact was mentioned, but not explicitly, in many chi kung and kungfu classics. Not many people, however, know this fact.

Most people think that if they practice the respective techniques correctly over a long period of time, they can derive the benefits of the practice. The techniques employed by most chi kung and kungfu practitioners today are correct, but many chi kung practitioners are still sick and weak, and many kungfu practitioners do not have internal force despite practicing their arts for a long time. They may not know it, or they do not admit it, that they do not have the skills to generate a chi flow.

I would like to comment on your third statement. There is no doubt that the past masters attained a very high level of attainment in their arts. But compared to our Shaolin Wahnam students, their cost-effectiveness per training session was lower. This was because they did not consciously know that chi flow is necessary for chi kung benefits as well as for internal force, whereas our students know.

Because past masters did not consciously know that chi flow is necessary to develop internal force, they did not consciously generate a chi flow every time they practiced. But when conditions became ideal, like when they totally but gently focused on what they trained and they were at a heightened level of consciousness, they developed a chi flow, but without their conscious knowing.

But as they progressed in their daily training, their successful sessions would become closer and closer. It took about 3 years for them to become internal force masters.

Let us compare their training with that of present-day Shaolin Wahnam students. Because our students know that chi flow is necessary to develop internal force, and they put this fact into their daily training, they can have 10,000 units of internal force after 100 days, getting 100 units per day. Their successful training sessions are close enough for the internal force to be accumulative. 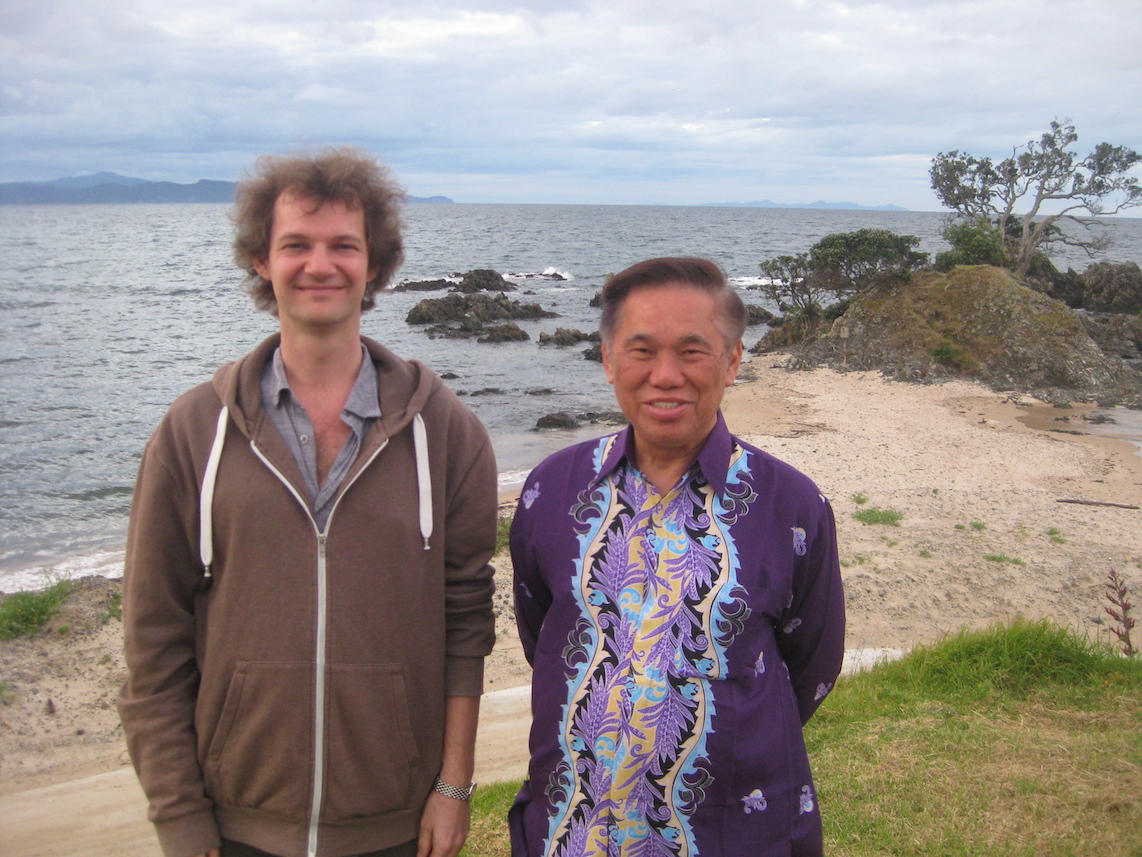 Two of the sure benefits of practicing chi kung, are to be healthy and happy.

Students at Shaolin Wahnam couldn't train for that amount of time, as it would result in over-training/over-cleansing. One of the remedies for this is precisely to go into a chi flow.

Then isn't basically the skill (chi flow) that ensures such wonderful benefits and lower risk of deviation in your school the same skill?

The first reason is time. The same chi flow that takes 3 years to attain, is not the same when it takes 3 months to attain. As an analogy, it is the same $10,000, but it won't be the same if you take only 3 months to obtain it instead of 3 years.

When you mention that Shaolin Wahnam students may have a chi flow to avoid over-training, which can result in over-cleansing, you refer to chi flow that circulates. If the same amount of chi, or energy, is consolidated, it may aggravated over-training.

Does that mean that, in order to attain a level in which one would, for example, be able to deflect arrows, it is necessary to sacrifice health, vitality and longevity? Is it that the lifespan of a human being could actually be considered "too short" for such purposes, unless one is a prodigy like Zhang Sanfeng?

No, your presumptions are invalid.

In other words, why does anybody practice chi kung or kungfu? It is because he (or she) wants to be healthy, full of vitality, and live a long life.

What are the benefits of practicing chi kung or kungfu? The practice will bring good health, vitality and longevity.

There is a kungfu saying that "mei fong sun, xin keong sun" (in Cantonese), which means before a kungfu practitioner talks about combat, he should be healthy first.

But today, as my sifu, Sifu Ho Fatt Nam, told me many years ago, it is "mei fong sun, xin seong sun" for many kungfu practitioners. The saying means before the practitioners talk about combat, they harm themselves.

Many people may not like my statements, but I just don't want these two great arts to be so ridiculously debased. 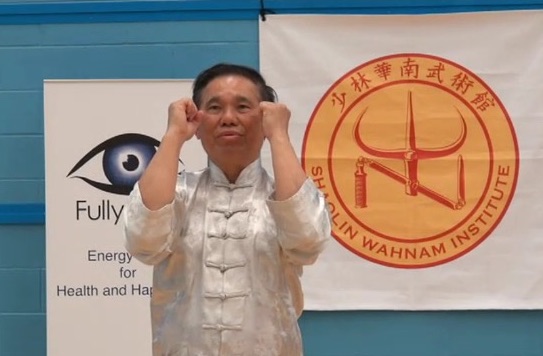 In terms of time, Sinew Metamorphosis is the most powerful exercise to develop internal force. It is more powerful than the Iron Wire Set, which takes more time to complete.

It is just incredible that by flicking our fingers a few times, or by performing similar exercises, we can develop so much internal force. The whole process takes only about a minute!

I believe we are the only school that performs Sinew Metamorphosis in this way. This is because of many factors, like we clearly understand how internal force is generated, and what we should do when practicing the exercise.

I remember that after that course I could feel chi more clearly than ever before. Sinew Metamorphisis helped me to practice my chi kung correctly, and to deepen the level of practice.

Not many people realize that chi flow is essential for developing internal force. Most people, including genuine masters, think that if one practices the force-training techniques correctly over time, he will develop internal force. I had this concept in my earlier years.

It is obvious to us that this concept is incorrect, or at best only partially correct. Most people, who had a chance to train internal force, practiced the force-training techniques correctly, but many of them did not derive internal force from their practice. A few succeeded, but compared to our students, they took a long time to develop internal force.

You and other Shaolin Wahanm family members can understand this concept clearly, but others who read it may not understand although they know the dictionary meaning of all the words used. They do not have practical experience; they only have theoretical explanation. 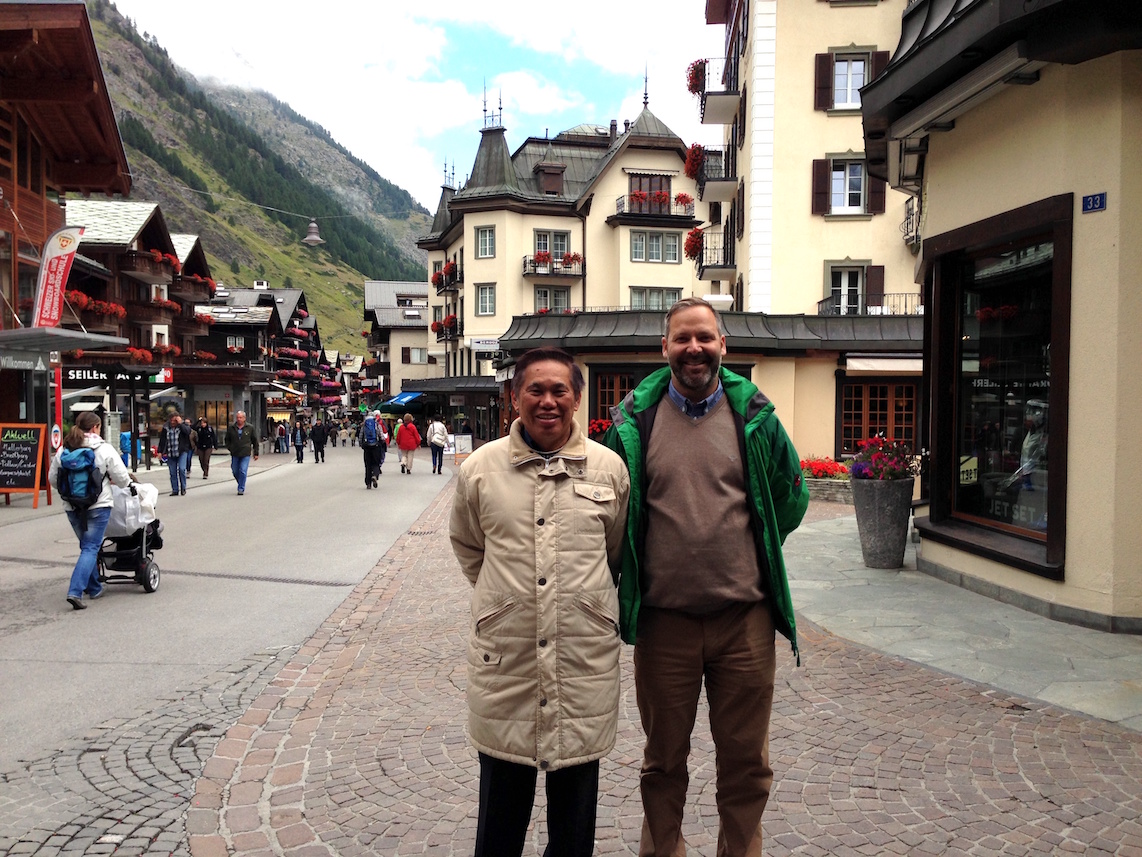 Sinew Metamorphosis helped with my Golden Bridge and hand forms, especially One Finger Zen. At the beginning of practice, when one starts to learn and have no idea about chi and internal force, it is very difficult to tell the difference between internal force and tension. Sinew Metamorphosis helped me to feel this difference and to get on the right track. It gave me the confidence and cleared redundant intellectualization.

This is a very important observation that contains some significant points. Many peopoe, if they have the opportunity to read this observation, merely go over the words, without really understanding their significance.

Sinew Metamorphosis, if practiced correctly, can produce tremendous internal force in a very short time. There are three main functions of internal force, namely to maintain life, to enhance life, and to produce better result no matter what is done.

Our students are lucky. They have a good philosophical understand right at the start. But at the beginning, when they still do not have sufficient experience, they may have some difficulty. Hence, in some courses, I told students not to confuse internal force with tension.

For example, when performing "Lifting the Sky", it is internal force, not tension, that students feel. They did not tense their arm muscles, so there is no tension. But by bending their palms, they consolidate their chi, which gives them a feeling of internal force.

Sinew Metamorphosis, produces a lot of chi, or energy, which we can let it flow or consolidate it. Hence, we can feel the difference more clearly than other exercises that produces less energy, and subsequently with less noticeable feeling of flowing chi or consolidated chi.

If one tenses his muscles, he causes energy blockage. Hence, his chi does not flow, and also he cannot consolidate his energy. Tensing ones muscles is a major cause of not generating internal force.

Sinew Metamorphosis helped me during business meetings at work. Meetings are usually about 2-3 hours long and involve many different groups working together with a project.

By knowing the skill it is easy to execute it without other people knowing. Flicking fingers, flexing fingers, grasping thumb or fist, jerking elbows, stretching arms and so on -- all of them can be used discreetly while sitting on a chair and having a conversation.

With the right skill learned from Sigung it gives amazing results. You are focused and relaxed, the mind is clear and it is easy to think about difficult tasks or changing plans. And you are always fresh and happy, and that makes a great difference and influence the rest of the group in positive ways.

I am glad that you transfer your skills to daily living. This is what we all in Shaolin Wahnam do.

We are very lucky to live in societies where combat seldom happens. Not many people today are interested in scholarship and spiritual cultivation. Many scholars and spiritual leaders today, unfortunately, do not have internal force, though they have a lot of dedication. But we all have to live our daily life. Internal force will greatly enhance it.

I believe our school is the only one that systematically and progressively transfers the skills we learn in our class to enrich our daily life. We know, for example, the three categories of functions of internal force to maintain life, to enhance life, and to produce better result in whatever we do. In this aspect, we are better than past masters.

Many past masters with a lot of internal force did not know this philosophy. They channeled their internal force for combat, and led quite miserable lives.