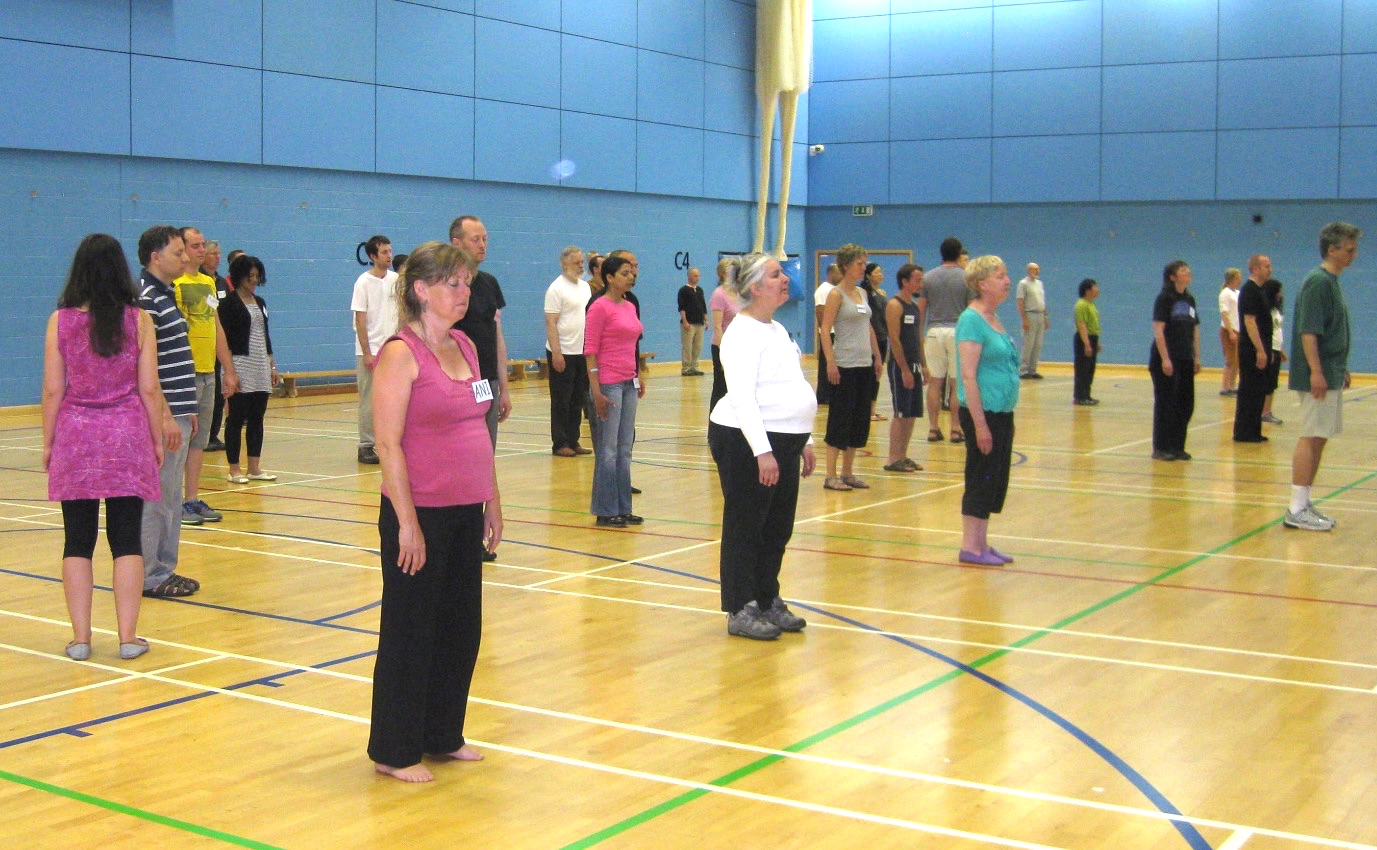 Cosmic Shower is an excellent way for physical, emotional, mental and spiritual cleansing

I have tried to impress upon the public this concept that Western medicine, which most people accept nowadays, can benefit much from traditional Chinese medicine without any financial loss. Indeed, with the technological advance of Western medicine today, the world will benefit much and Western medical practitioners will gain a lot of prestige if they study and apply the empirical knowledge of traditional Chinese medicine without forgoing their training and practice.

It is a shame that today many diseases are considered incurable in Western medicine, like cancer, heart problems, asthma, diabetes, depression, phobia and many others. This can be traced to the basic paradigm in Western medicine. As there are countless factors in the environment, and they are constantly changing, it is near impossible to pin-point at the factors that cause diseases. Doctors trained in Chinese medicine do not have this problem. As human systems are limited and have been carefully studied, they only need to find out what has gone wrong and rectify it. After rectification, the patient regains his good health, which is natural.

I wish to emphasize a very important and beautiful point. Good health is natural. When all the human systems operate the way they are meant to operate, illness can never occur. This is made so much easier with the empirical knowledge gained in Chinese medicine, which can be reduced to the principle of yin-yang harmony.

It is even easier in chi kung therapy, which is a part of traditional Chinese medicine. In chi kung philosophy all illness or yin-yang disharmony is caused by energy blockage. When a chi kung healer succeeds in helping a patient clear his energy blockage, the patient regains his good health, which is natural.

Acupuncture and acupressure are two important pillars besides herbalism, tuina massage and chi kung in the traditional Chinese medicine.

Unfortunately, acupuncturists, chi kung therapists and other doctors using traditional Chinese methods are much influenced, usually unconsciously, by Western medicine. Instead of using traditional Chinese medical philosophy to understand the patient's illness and plan a thorough strategy to overcome his problem, they use stereotype acupuncture points, chi kung techniques and other methods for particular diseases.

In other words, instead of using traditional Chinese medical paradigm like five-elemental processes and yin-yang harmony to discover what aspects a patient is not functioning as he should, they find out what illness the patient is suffering from, usually using Western medical paradigm, then prescribe stereotype traditional Chinese medical methods to overcome the complaint.

Interestingly, many of them still succeed. 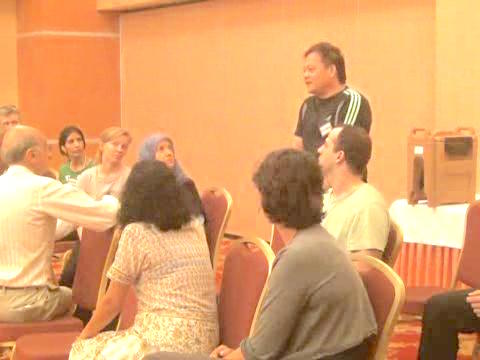 I found a product in the internet. It is called "laser pen for acupuncture" and according to the creators and sellers it should work like acupuncture needles, but you don't sting the skin. It works when the laser beam touches the point on the skin.

Has Sigung ever heard of these devices and can you tell something about it from your own experience?

I don't know about the laser pen or similar devices.

I am very sure that a laser pen, no matter how good it is, is very different from a well-trained acupuncturist. It is not the gadgets he uses, but his skills and knowledge.

Dear Sigung, do you mean to say that my chi kung healing is going quicker and more successfully than most other chi kung students or patients? Has Sifu told you that?

Our chi kung is more than 100 times better than what most other chi kung practitioners practice!

It is hard to believe, but it is true. More than 80% of those who practice chi kung today, irrespective of how long they have practiced, cannot generate a chi flow at will. They only practice gentle physical exercise using chi kung techniques, just as most people today practice Taijiquan as an outward form using Taijiquan techniques. It is chi flow that gives chi kung benefits.

Most other people cannot overcome their illness, any illness, by practicing chi kung. Not only you have overcome cancer and fear, your life now is much better than ever before.

Your sifu (Dr Foong) did not tell me this, but it is obvious from students in our school, though some of them may not realize how lucky they are. 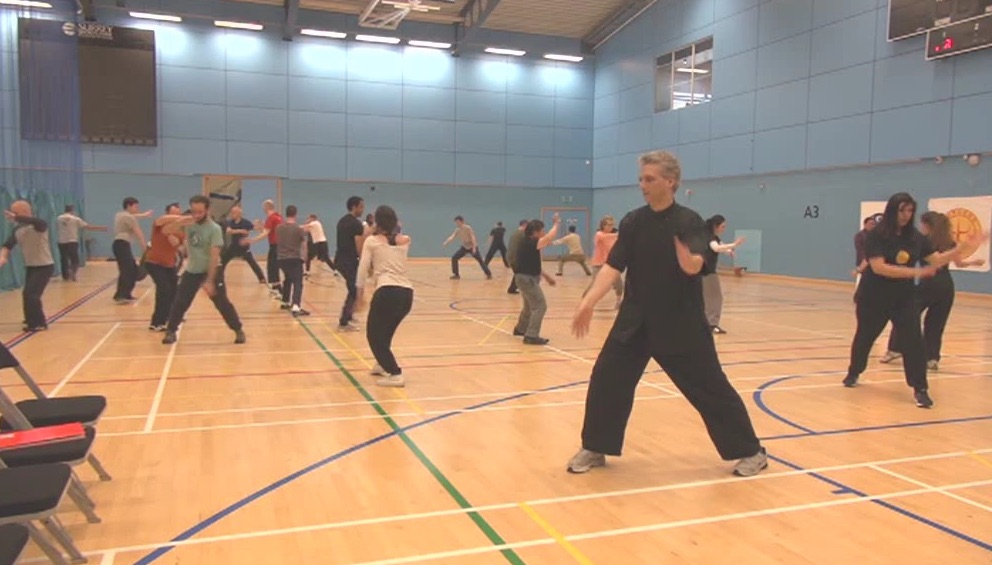 Your advice and guidance is very clear. I will follow your advice just to enjoy life wholesomely. Do you know people who just decided to be happy and are actually happy since they decided, without fail?

Many people in our school have decided to be happy, and they are actually happy without fail. God want us to be healthy and happy. No God of any religion want his followers to be sick and depressed.

These people are sick and depressed because of their blockages, which can be physical, emotional, mental and spiritual. Genuine chi kung, which is rare today, is an excellent way to clear blockages.

I must firstly thank you for the wonderful answers on the Cotton Palm thread and for your generosity of passing on these wonderful arts.

My answers to the questions asked by students on various topics, including Cotton Palm, are beneficial, even if they don't practice the respective arts. The answers often reveal much depth and wisdom.

For example, in the first question, "Combat Application and Internal Force of Wudang Cotton Palm", I advised that "before one can explode internal force, he must have built sufficient internal force. He must also know the mechanics of the pattern he uses to explode the force."

However, if the advice is bad, such as internal force is a matter of body mechanics, which is actually advised by some "masters", the response will be bad. Not only the person will not have internal force, he may harm himself. 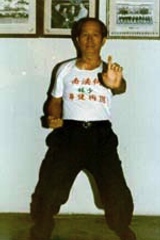 However, over many years of teaching, I discovered that some students who attended an Intensive Shaolin Kungfu Course where this art was taught, were not sufficiently proficient in the Horse-Riding Stance. To enable them to learn the form first, I taught them One-Finger Shooting Zen standing upright.

This expedient mode of teaching led to an important discovery. It enabled students to generate a chi flow more easily. I also discovered that chi flow was essential in generating internal force which One-Finger Shooting Zen was meant to do.

When flowing energy had been generated, students needed to consolidate the flowing energy into internal force. This could be achieved by stabling the stance, hence the Horse-Riding Stance was used.

I don't know why my sifu, Sifu Ho Fatt Nam, sometimes performed his One-Finger Shooting Zen in a Goat Stance. When he taught me and my classmates, he used the Horse-Riding Stance.

A possible reason was that Sifu Ho Fatt Nam started with the Horse-Riding Stance. But over the years, he found the Goat Stance more suitable for his needs. I don't think performing One-Finger Shooting Zen on a Goat Stance was a secret. He often showed us this art openly on a Goat Stance.

The second possible reason was that the Goat Stance was somewhere between standing upright and on a Horse-Riding Stance. My sifu probably found that when he was on a Goat Stance he could better generate chi flow. I also don't think it was a secret, otherwise he would have told me, as he had told me many other, and often more important, secrets. My sifu probably found this out unintentionally.

Chi kung opens many psychic centres, often without the practitioners' knowing and without their intentions.

When your centres concerning premonitions were opened, you have the ability to see into the future. This ability, called "miraculous powers" in classical chi kung terms, is very useful and beneficial. You know beforehand what will happen.

A sure way is to develop good karma, or cause and effect. Do at least a good turn every day, no matter how small it may be. Do it not because you want to have good karma, as it will inevitably occur, but do it because it is the right thing to do.