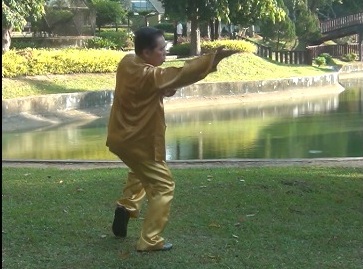 There is much breadth in our school, but over-training involves depth and not breadth

We have so many arts in our school to practice, and we also have to guard against over-training. How do we do that? Does practicing a wide range of arts contradict avoidance of over-training?

No, it is not a contradiction. We can practice a wide range of arts and still avoid over-training by wisely managing breadth and depth. We have the skills, philosophy and opportunities to do so.

Even when practitioners practice only one art, they can over-train. On the other hand, practitioners can practice a great variety of arts and not over-train if they know the limit of their training in all these arts.

Students of most schools practice only one art. It is rare to have opportunities to practice a variety of related arts in the same school. If all other things were equal, knowing many arts gives more benefits than knowing just one art.

For example, if a student knows only Wing Choon Kungfu, he may just employ strength from his shoulder to deflect an opponent's attack using "tan sau" or "mirror hand". If he also knows Taijiquan, he may employ waist rotation as he uses "tan sau", which is more cost-effective.

In internal force training, a Wing Choon practitioner mainly uses consolidating force. But if he also knows Taijiquan, he can incorporate flowing force, which is not only more cost-effective but also more beneficial.

Two crucial factors that enable a practitioner who knows both Wing Choon Kungfu and Taijiquan to be more combat efficient and to have more benefits in daily life than one who only knows Wing Choon Kungfu or Taijiquan are the underlying philosophy of Wing Choon Kungfu and of Taijiquan, and the skills for transferring the training and benefits from one art to another. If one or both of these factors are lacking, the former may not have any advantage over the latter.

Similarly, if he does not have the philosophy and the skills to transfer his training of the two arts to enrich his daily life, he will miss these benefits. If his colleague in work shouts at him for not picking up the phone when it rings, he would just endure the shouting. If he has the philosophy and skills, he may employ the Wing Choon way saying that the colleague can pick up the phone as he hears it ringing, or the Taijiquan way saying he just let him pick up the phone because he suspects his girlfriend is calling him. Or he can use the combined Wing Choon-Taijiquan way saying that he better picks up the phone quickly as his girlfriend is calling him.

Let us now examine an example how he can practice a wide range of arts without over-training. Suppose he has practiced the arts, ABCDE. He can practice each art everyday for five days in a week, and on the other two days he can practice whichever one of the five arts he likes.

He may vary the training arrangement according to his needs, aspiration or likings, but the principle is the same. If he likes art C the most, for example, his practice procedure may be ACBCDCE.

It is worthwhile to remember that a typical student in our school can progress in one month what a real master will need one year. This is actually incredible, and other people may be angry at us, but that is their problem, not ours. I base my estimate on my own experience. Our typical student can progress in one month what I would take one year -- at a time when I was already known as a "kungfu genius". So if our students gets only 30% of their potential benefits, it is already a lot of benefits. If they are greedy and work for 100%, the results will be detrimental to them.

As my practice with qigong deepens, I often find myself doing sitting meditation in a half lotus position.

Sometimes during sitting meditation, I would feel energy shoot up from the base of my spine to the top of my head. Then energy would then leave my head and merge with the cosmos! Sometimes, the energy would shower down but most of the time it merges into the cosmos. I would feel a strong energetic link between the base of my spine and the top of my head and feel happy and blissful.

Is this kundalini energy or is this simply chi traveling through my rush meridian? Should I discontinue my practice since this isn't something Sigung formally teaches? I recall Sigung talking about this same experience with Sitaigung Ho.

Congratulations for your progress. The rising of energy along the rush meridian in chi kung is similar to kundalini in yoga.

This is not traditionally practiced in chi kung. Hence I do not formally teach it. In chi kung we pay more attention to the Small Universe than to kundalini or the rising of energy along the rush meridian.

If kundalini happens to you spontaneously, enjoy the beautiful effects and results. 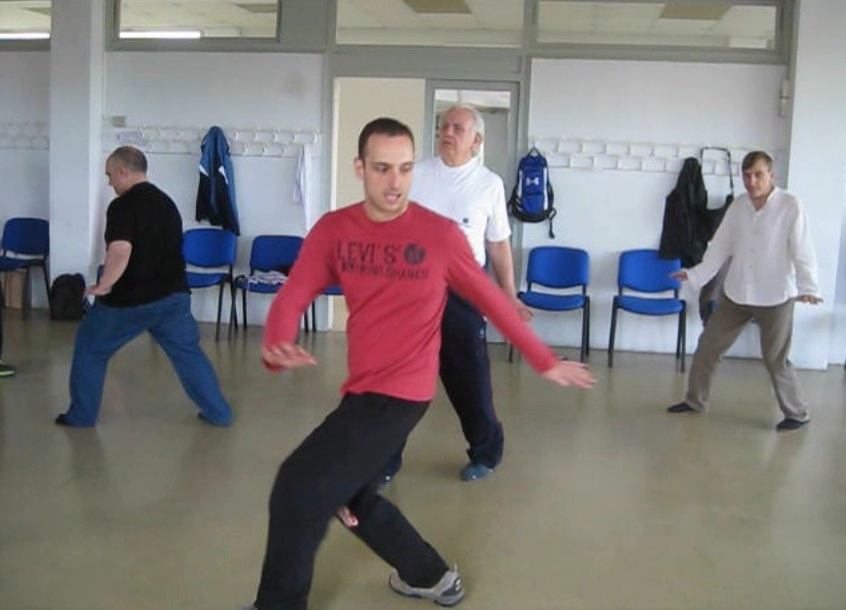 So I guess it's OK if I visualize chi as black energy? Or red?

No, it is not alright to visualize chi as black or red energy.

Unless you are asked to do so by a genuine chi kung master, who is rare today, don't visualize chi to be of any colour. Just practice your chi kung and enjoy its practical benefits.

However, for most chi kung schools, "not to worry" may not be applicable to them. Other practitioners have to be "worried" that they do not practice wrongly or else they will derive adverse effects. In our school, howver, any adverse effects due to wrong practice will be eliminated by our chi flow. Hence, our students can afford not to worry. Most other practitioners do not have such chi flow.

I have at times prayed to Padmasambhava, sometimes known as the Second Buddha. He was an Indian Prince.

I also read that he was sometimes referred to as Mei Ling. Can I ask if you know anything about him?

Padmasambhava is a great teacher, regarded as the First Patriarch of Vajrayana Buddhism.

"Lian Hua Sheng" is his name in Chinese. He is well known in Chinese culture, especially among Vajrayana Buddhists. I don't know about "Mei Ling".

The Romanized Chinese "shi" can mean "practitioner" or "teacher", but the written Chinese characters are different. 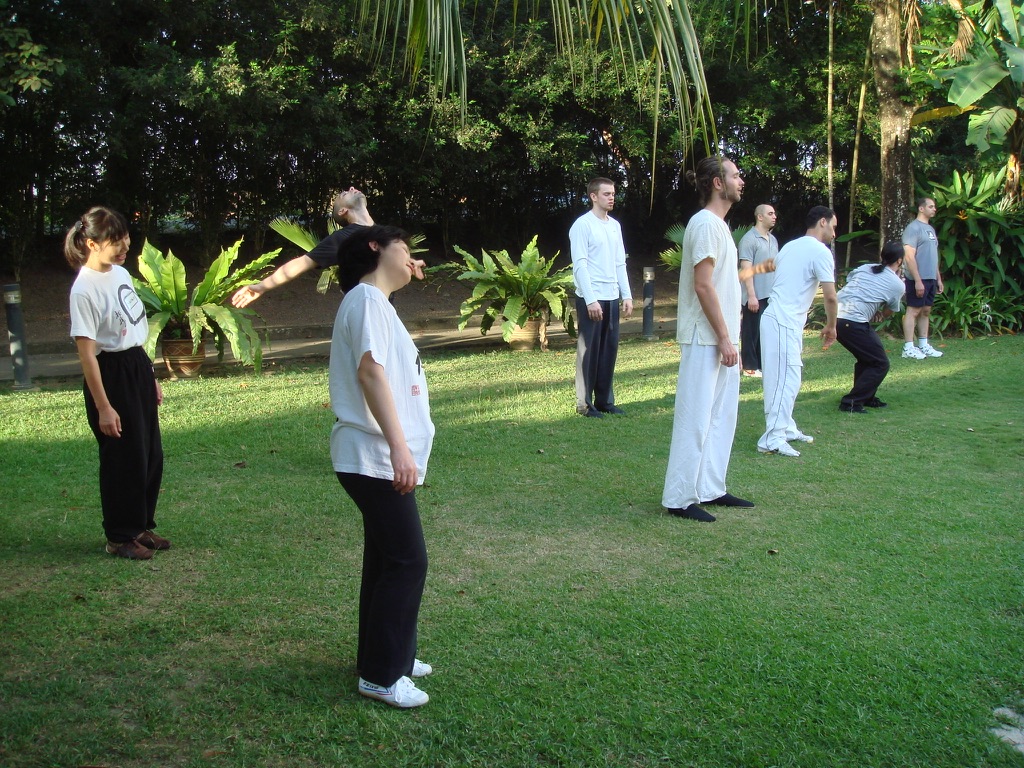 The three golden rules of practice in our school are not to worry, not to intellectualize and enjoy the practice

Is it better to venerate the Buddha first before an immortal or does it matter on the order?

Secondly, if I am asking Immortal Li to bless our school, the success of the executives' courses, and my family, do the blessings diminish depending on the frequency or upon how many blessings I pray for?

We pray to the Buddha first, then to an immortal. It should be in a descending order, i.e. higher level divine beings before lesser ones.

Blessing, like happiness, is more when multiplied. The blessings will increase with an increase of frequency or number.

This year's courses are very rare. The Five-Animal Play course is like a private lesson. It's so profound. I have never expected that Five-Animal Play can be so strong and deep. Thank you one more time for letting me join the classes yesterday.

This year there are many extra-ordinary courses that are taught the first time in Shaolin Wahnam history, like the various chi kung courses in Guildford, the Five-Animal Set in Vienna, and the Sun Taijiquan Course in Toronto. We have to thank the organizers of these courses for their initiative.

(Editorial Note: This answer was given in 2016, and hence the courses mentioned here occured in 2016. Due to a long waiting list, the answer is only reliased now.)

In the Five-Animal Play you have done very well at the Norway course.

Having a wide range of participants at the same course is a special feature of our school. The participants range form fresh beginners to masters. As I have said many times, the beginners benefit much because of the presence of advanced practitioners, but those who banefit the most are the masters.

Why is this so? One important reason is that our courses focus on developing skills. Our masters know the techniques very well. In fact they teach the same techniques in their own classes. At the course, with my guidance, they further develop their skills. This is possible with multiple-level teaching, i.e. teaching the same material but at different levels at the same time so that participants benefit according to their levels. 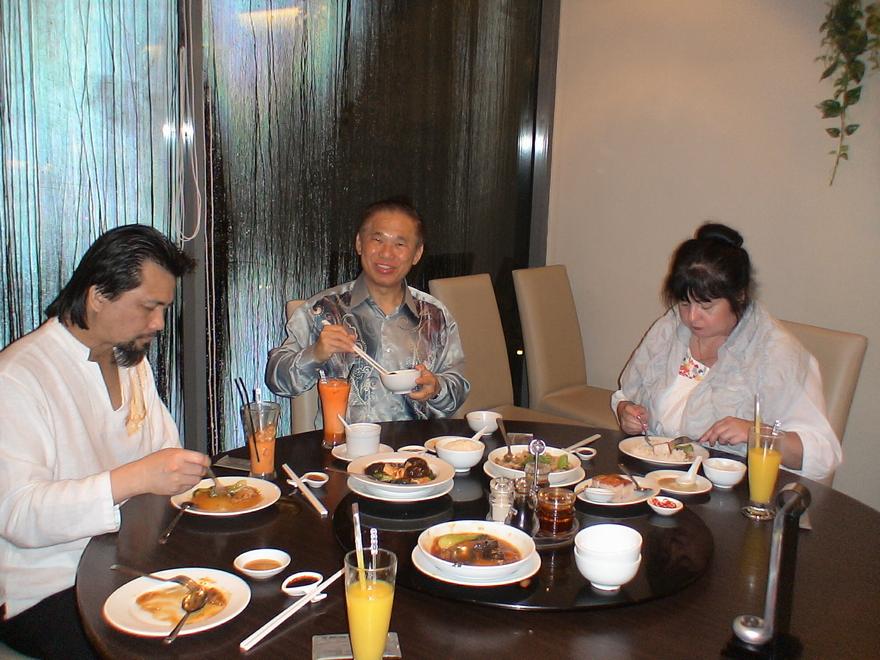 In chi kung and kungfu culture, the most seniors sit besides the Grandmaster

Thank you so much for letting me join yesterday dinner. Its a very rare privilege to sit so close to Sigung, together with my Sifu, Sipak Markus and Siguma Nessa, around the same table, share the delicious food and listen to amazing stories!

In chi kung and kungfu circles, especially in most other schools, masters are known for not telling secrets. It is indeed a rare opportunity in our school to be with masters and seniors to listen to their secrets and stories.

The reason for this culture was that students would not understand the secret teachings even if the secrets were told. This was because the training involved development of skills rather than instruction of techniques.

The underlying reason is that they do not differentiate between skills and techniques. They think, wrongly, that knowing the techniques will eventually bring the desirable benefits.

I am a bad waiter and have to learn more about serving tea. I hope maybe one day I will have an opportunity to do it properly.

The most junior student serves tea to the master and his more senior students. He ensures that their cups are always filled to about eight-tenth to the top of the cups.

In most other schools, if they follow kungfu culture, students never or seldom talk. In our school, students are encouraged to ask questions. Some of the best lessons in kungfu as well as in life are learned over tea and meals. When the master speaks, the rest listen.