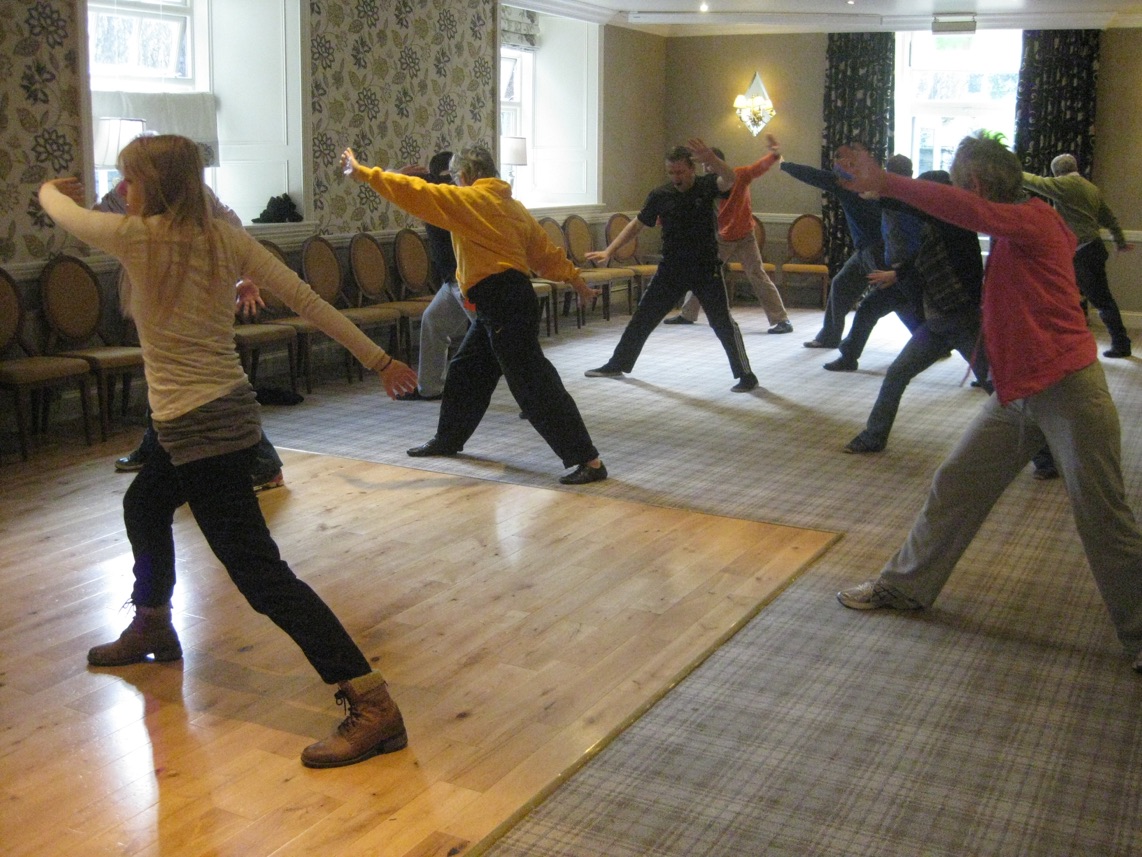 Many people may find it hard to believe, but practicing genuine chi kung can overcome any illness!

After recovering from an illness by practicing chi kung, can he stop practicing when the illness has been overcome? Will the illness relapse if he does not continue his chi kung practice.

Yes, he can stop practicing chi kung after he has recovered from his illness. His illness will not relapse after it has been overcome.

If it relapses, it means he has not recovered completely. The agent that causes his illness remains domain, and surfaces again when he stops his chi kung practice. Hence, to make sure he has completely recover, he should continue practicing his chi kung for some time, like a month, even when the symptoms of his illness have disappeared.

But stopping his chi kung practice when he has recovered from an illness is not recommended. What is recommended is for him to continue practicing his chi kung and enjoying his practice, irrespective of whether he is ill or healthy.

This is the advice given by chi kung masters past and present. Just enjoy the chi kung practice. Donât even think of the benefits. The benefits will surly come.

My friend suffered from cancer. of the gall bladder. He recovered from the gall bladder cancer after practicing chi kung learnt from you. When he went for his medical check up, his specialist doctor was very surprised. The doctor said there were still some cells in his gall bladder that might become cancerous, and suggested preventive surgery to cut off some part of the gall bladder as a pre-emptive measure. My friend was undecided. What is your opponent?

My opinion is that he should continue practicing his chi kung not just as a preventive messier but for his enjoyment, instead of going for preventive surgery. I would like to emphasise that this is my opinion. Your friend has to make his decision.

Simple reasoning, if your friend is not too emotional that he cannot reason, shows that my opinion is better. He had cancer â not that he might have cancer. By practicing chi kung learned from me he recovered from his cancer, which actually is not a surprise to me and many people in our school, though it may be a surprise to his specialist doctor and many other people.

Now there is a possibility that he may have cancer again. In fact every one has this possibility, including you and the specialist doctor. But it is not a big deal. If his cancer occurs again, just practice the chi kung learnt from me, and again overcome his cancer. Or to be doubly sure, he can learn from me again or from any of our certified instructor.

Better still, he can continue to practice his chi kung not only as a preventive measure but to have good health, vitality and longevity. 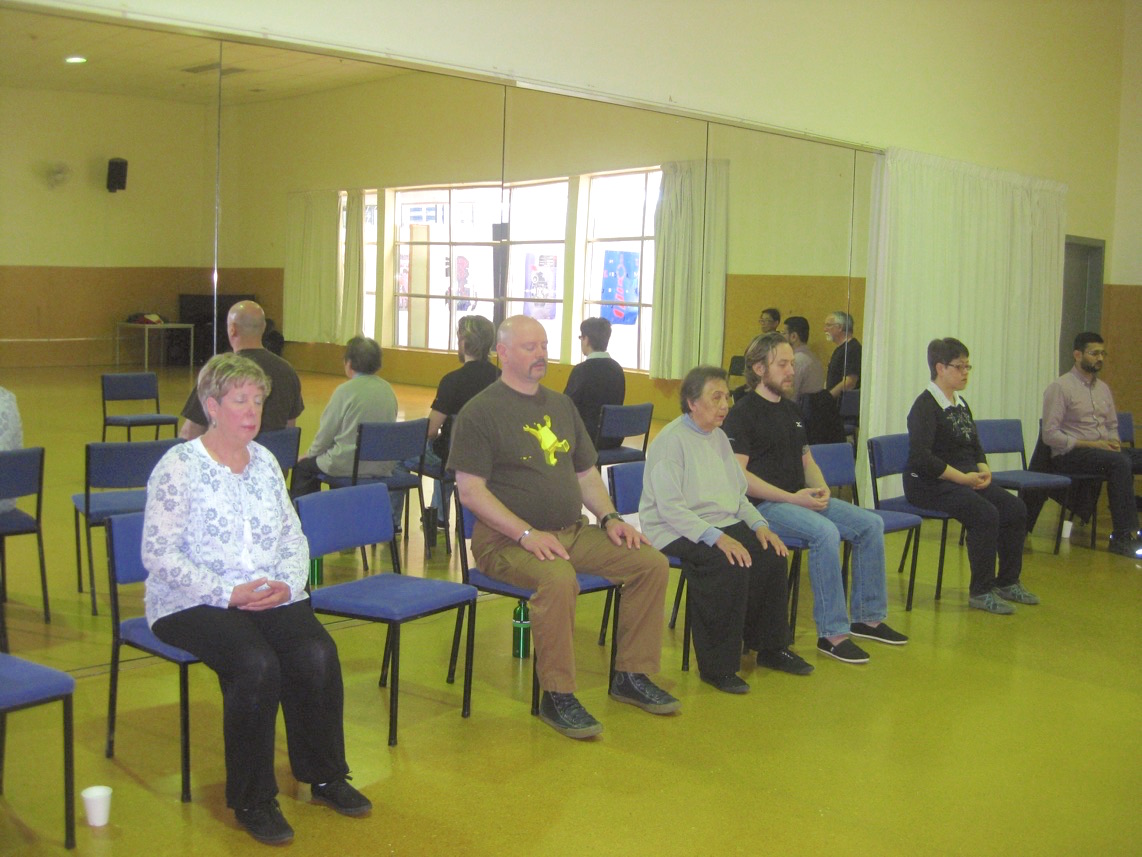 Meditation seated upright on a chair

Yes, we can develop psychic powers by practicing high-level chi kung. Many of our instructors and some of our students have psychic powers. They can, for example, tell what will happen in the near future, or see through time and space.

We must remember that ours is basically chi kung and kungfu school, not a school for mind training or spiritual cultivation, though our mind and spiritual attainments are remarkable. Hence, developing psychic powers is a bonus, not an aim. In other words, if a student in our school does not develop any psychic powers, we are not concerned. If he is sickly and weak, or cannot use his kungfu techniques for self-defence, we are concerned because having good health is an aim, not a bonus, of our chi kung practice, and being combat efficient is an aim of our kungfu training.

It is helpful to point our that different people and different cultures may have different perceptions of psychic powers. For convenience, we may classify their perceptions into three categories. Some people, like some Westerners, regard psychic powers as were. They do not want to be associated with these powers. Some, like Theravada monks, regard psychic powers as a distraction, distracting them in their effort to attain Enlightenment. Others, like yogis and Mahayana monks, regard them as useful to help other people.

The stand of our school on psychic powers is that we are happy to have them but we will not crave for them. If we have psychic powers, we will use them for good, and never for evil. apart from being righteous, which is a cherished value in our school, we are fully aware of the universal law of karma, that goodness will bring goodness, and evilness will bring evilness. It is just silly for someone with psychic powers to abuse them.

What is the difference between seated on a chair and in a lotus position when practicing sitting mediation?

But in reality other things are not equal. In our school we have become so skilful in meditation that our students often have better results in a short time performing standing meditation that many other people performing sitting meditation for a long time. It is ridiculous but true that many of our students attain spiritual expansion beyond their physical body in a course like Cosmic Breathing or Expanding into the Cosmos of a few hours, while only very few dedicated monks in a monastery take many years.

The result is also different. For most people, the result of meditation sitting on a seat is to be relaxed. Because of their other skills, students in our school are able to attain high levels of mental clarity. The result of sitting meditation in a lotus position is spiritual cultivation, including high-level attainments like expanding into the Cosmos, though many meditation may not realize, theoretically and experientially, these noble aims. Nevertheless, many of our students can attain these noble aims like expanding into the Cosmos by performing standing meditation. 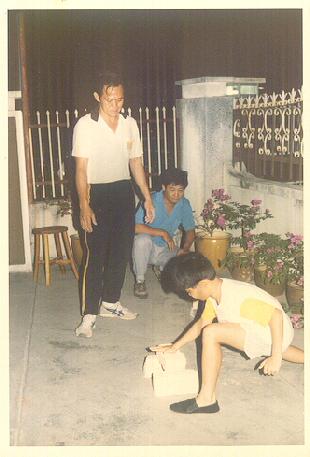 I always look forward to reading the questions posed to Grandmaster Wong and his responses. But I haven't seen any postings since September. Is everything OK ? Has this feature of the website been cancelled ?

Also, I would like to thank the Grandmaster for coming to New York this past April and look forward to future visits.

The Question-Answer Series continues as usual, and many people, like you, have kindly mentioned that they have enjoyed and benefited from it.

It is likely that you view an old issue of the Question-Answer Series which has been kept in your computer. You can view the latest issue, and subsequently all the issues you have missed, by refreshin g your computer. This can be done by simultaneously pressing the "commend" button and the "R" button.

The New York courses were excellent. I look froward to visiting New York again. As I have many countries to visit, I usually hold courses in a country once in two years.

We place a lot of importance on internal force in our practice because it brings us a lot of benefits. Not only internal force greatly enhances our combat efficiency, more importantly it gives us good health, vitality, longevity, mental clarity and spiritual joys.

Yes, every student in our school, including those who only practice chi kung but not kungfu, has internal force. This is because internal force training is incorporated in all our training.

When a student in our school performs a chi kung exercise, he generates a chi flow. When the chi flow increases in volume, it constitutes internal force, even when he does not perform any specific internal force training method.

When a student in our school performs a kungfu movement, he also generates a chi flow. When this chi flow increases in volume, it constitutes internal force, even when he does not perform any specific internal force training method.

For example, if you perform âPushing Mountainâ as a gentle physical exercise, you will not be able to develop any internal force. This is what most people do.

But if you use the same âPushing Mountainâ exercise to generate an energy flow, which is the essence of chi kung, and increase the amount of energy substantially, you develop internal force. You can use the internal force to break a brick, for example, without ever having to hit a sandbag.

If you perform a kungfu set, like Four Gates, for example, as external kungfu, you will be unable to develop internal force. But if you employ the same kungfu set to generate an energy flow, and increase the energy substantially, you will develop internal force. When you spar with the people, they may complain that your arms are powerful, without you having to hit any wooden dummy. 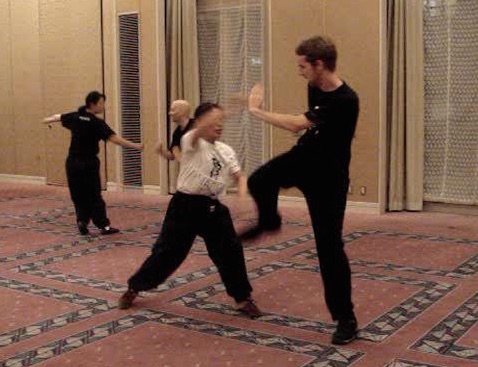 Size, age and gender are important with internal force

Why is internal force so important in your school?

Internal force is very important because it gives us a lot of benefits. There are countless benefits, but all these benefits may be grouped into three categories:

With this understanding we can employ internal force to enrich our life. In this respect we are even better than some masters in the past who had much internal force. It is notoriously known that some past masters were easily irritated, suffered injuries frequently, and were not happy in their life. They did not know these three categories of benefits of internal force, and channel their internal force solely for combat efficiency.

Can someone be a good fighter if he has no internal force?

However, if all other things were equal, internal force enhances martial arts tremendously. On the other hand, by itself internal force does not enable a practitioner to be combat efficient. He needs to know and successfully apply combat techniques.