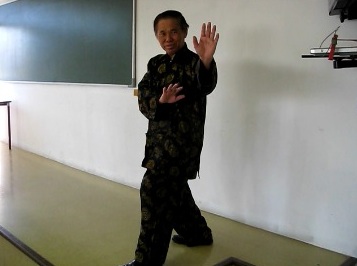 For developing internal force, we use the Horse-Riding Stance in Shaolin Kungfu, the Three-Circle Stance in Taijiquan, and the Green-Dragon Stance in Baguazhang. Why is there a difference?

It is because the masters of these different styles used the best methods to meet their different needs, and passed on these methods to their succeeding students.

(For those who may not know what the Green Dragon Stance is, a term we coined during the course “A Taste of Baguazhang” in Barcelona in May 2013, suggested by Javier himself, it is the stance used in the fundamental pattern, "Green Dragon Tests Claw".)

Of course the stances must be practiced correctly. Unfortunately today many practitioners do not practice the stances correctly and therefore do not derive the intended benefits.

You have said that Xingyiquan is a good contrast to Baguazhang. Can you please tell us more?

Xingyiquan is simple and direct, whereas Baguazhang is elaborated and sophisticated. Both are very effective for combat.

If you are well trained in Xingyiquan, when an opponent attacks you, irrespective of whether the attack is a strike, a kick, a throw or a chin-na technique, you just strike back! And you one strike is decisive. It puts your opponent out of action.

It is of course difficult for many people to comprehend how a Xingyiquan master can use just one Xingyiquan technique against any attack. How, for example, could a counter against a strike is also effective against a kick, or a throw or a chin-na attack? Not many people, including those who practice Xingyiquan today, understand this. It is profundity in simplicity.

Let us take an example of a strike. You won’t just strike him back. You would deflect his attack, turn him around, fell him onto the ground, then deliver your decisive counter strike.

Nevertheless, a master of Baguazhang or of any style may just strike back as in Xingyiquan. The various approaches in the different styles meet at the master’s level. 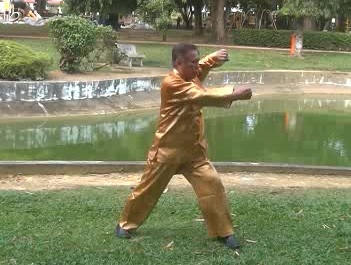 I have many enquiries from potential patients about our healing course, but many of them did not take it up. However, many people take up the 3-month chi kung course instead. The main factor is the pricing, $15,000.

Now I have this patient with a serious but not life-threatening problem. I know she will surely get well if she learns our Shaolin Wahnam chi kung, but I am not sure whether to offer her a 12-month healing session or a 3-month once a week chi kung course.

The healing session will surely benefit her more as she may be seeing me everyday and her suffering of the pain can be relief relatively fast in comparing to taking up a 3-month course. If she goes for conventional Western medical treatment she will probably need operation and that could cause her more money and pain.

There is always a conflict of interest between charging $15,000 per course for a potential length of one year though ti could be completed in three months, and $300 per course of three months.

But we still do so for the benefit of our students, which is our school policy. In the case where I earn only one third the money, it is because of my loyalty to my students who first helped to build up our school.

In your case it is best to explain the exact situation to the student, which is for her best interest, and let her make a choice. Tell her that the best course of action is to enroll for the healing course if she thinks that paying $15,000 to overcome her health problem is more than worth it. Overcoming her problem is guaranteed. She undergoes treatment everyday for a year, but it is most likely that her problem will be overcome much earlier.

But if she prefers a cheap course of action, but it is not guaranteed that her health problem will be overcome, she can attend your regular chi kung class once a week. She has to practice on her own at home. If she practices at home, the regular chi kung class will be sufficient to overcome her problem. But experience has repeatedly shown that many students don't practice regularly at home, hence their problems are not overcome

I was talking to my Siheng Mark about training at other schools. Mark doesn't agree with learning from other schools or teachers because then that other teacher becomes your teacher if only for a short while.

I can understand this point very well. You are always my Master. I have intended to be but a guest at the Praying Mantis School. I meant no disrespect at all when I asked you about attending there.

Mark is correct. It is unfair to the teacher and school for you to learn only for a short time and leave. Moreover you won't learn much if you stay for just a short time. Our school is an exception, not the rule. We have so much material to teach. We want our students to learn fast, of course without sacrificing standard.

As a rule most other schools take a long time to teach their students. It is a tradition amongst many masters that kungfu training takes years. Some people even boast that after practicing for more than 10 years they are still students. 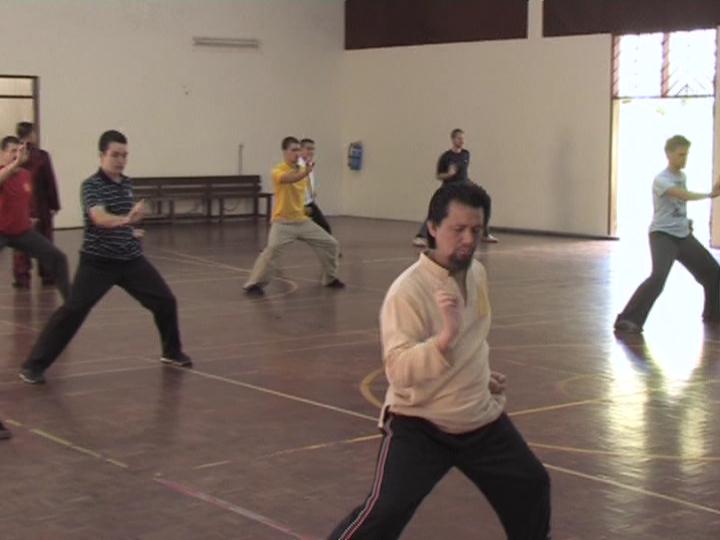 I am aware of the time I have wasted and want to make up for it. I also want to become good at Kung Fu within our school which ties in with not wasting more time.

You are still young, and you have a very good opportunity. It is not late to start now.

Traditionally kungfu masters are over 35. Before that they are not matured enough to appreciate the depth of kungfu. Of course I am referring to real kungfu, not choreography or kick-boxing using kungfu forms.

The atmosphere of diligent practice is good for motivation - I'm aware of myself enough to know that I do better with a regular routine and structure.

What you imagine is an ideal kungfu school. What you usually get can be very different. More likely it will be putting on boxing gloves and hitting and kicking one another.

As you are a student, you have to follow the procedure in the school and not the way you want to train. This means you will also be punching and kicking your classmates, and being punched and kicked by them. 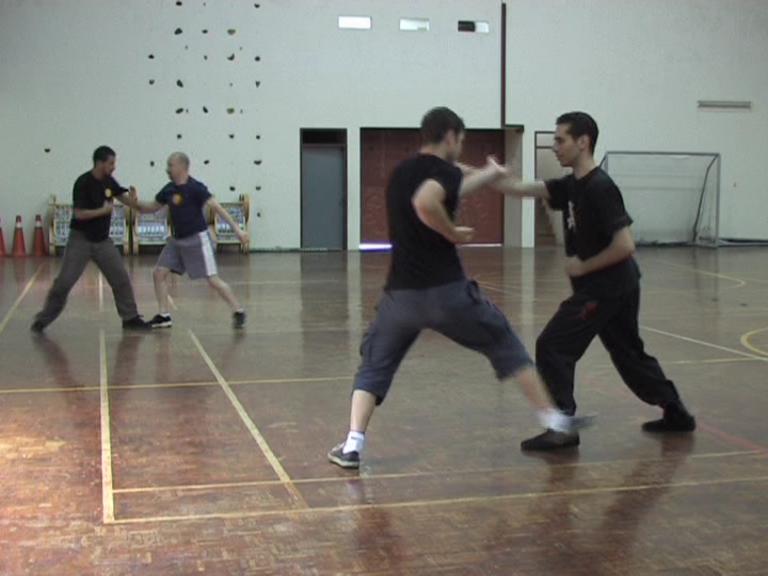 I know that Shaolin Wahnam is a complete system of martial arts in and of itself and to practice it is an honour and a gift and it is all I need to practice. However I know very little of it.

I can only practice Lohan Asks the Way and Stances, One-Finger Shooting Zen and Exploding Force. I am learning Black Tiger Steals Heart at the moment.

As far as I know, we are also the only school that systematically teaches using kungfu skills and techniques in free sparring and transferring what we learn to enrich our daily life. Is this enough to keep practicing on my own - should I focus on improving what I already know? Again, if you tell me to simply focus on these things I will. To benefit much from the Intensive Shaolin Kungfu Course, you should know the 16 Shaolin Combat Sequences well. Focus on this and stance training to develop internal force.

Would it be OK to practice some other styles until such time that I have enough knowledge of Shaolin Kung Fu to practice more self-sufficiently alone? Or is it my wrong-view/misconception that I don't have enough of our style to practice?

Yes, it is your wrong view. If you can learn well just a quarter of what I have prescribed for those intending to attend my Intensive Shaolin Kungfu Course, you would have done better than most practitioners in most kungfu or wushu schools today.

Understandably other people may think us boastful for the statement above, but it is true. Most kungfu and wushu practitioners today either have no sparring experience or use kick-boxing in their sparring. In both cases they cannot defend themselves.

It is just shocking why they submit themselves to such punishment by practicing kungfu or wushu as a hobby.