SELECTION OF QUESTIONS AND ANSWERS
MAY 2010 PART 1 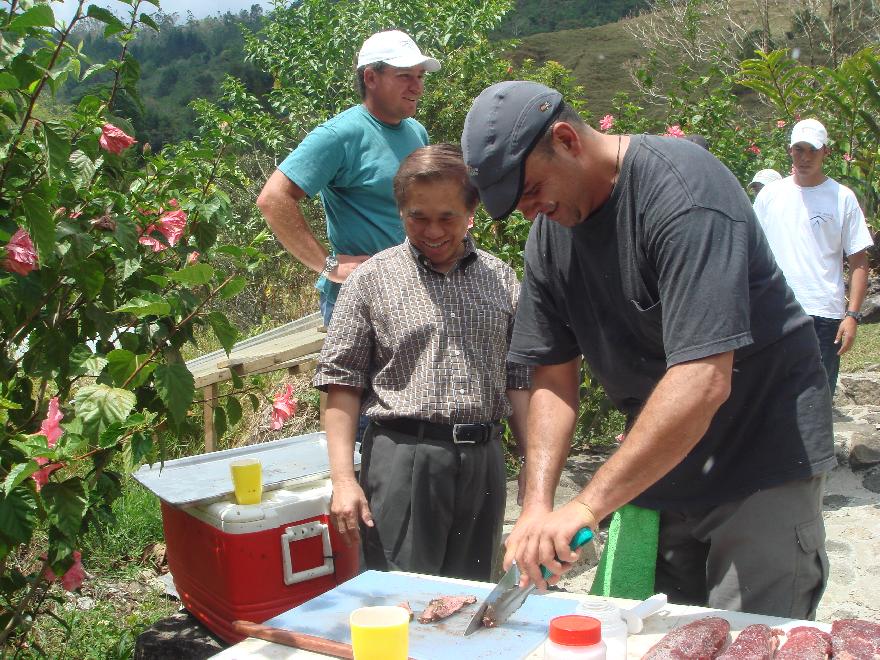 Yin-yang harmony, or balance, is very important in our training and in life. Sifu Piti, for example, is not only a top executive-trainer but also an excellent cook. Grandmaster Wong not only loves kungfu, he also loves good food.

I first wanted to thank you from the bottom of my heart for your books. Very rarely can I honestly say that a book has changed the way I think and feel about my life, but ever since coming across your books ("The Art of Shaolin Kung Fu", "The Complete Book of Tai Chi Chuan", and "The Art of Chi Kung", especially), I have had a complete turn around in my way of thinking about the universe; from a completely materialistic "what is in front of me is all there is" to the idea that there can be something spiritual in my life. Your books have really inspired me to do my best to learn the skills you write about and to become a truly better and healthy person in body, mind, and spirit.

I am very happy that you have found great benefits from my books.

Congratulations for your personal development. From thinking that the world is only materialistic to believing there is something spiritual in life is a great achievement. Once you can find spiritual comfort, you will never be lonely again, irrespective of whether you are in a crowded city or on a lonely island.

I must confess to extreme frustration in my previous attempts to better myself. Trying to "be the best" in all sorts of different things I tried (such as in school, playing soccer, and playing other games with my friends) often led to too much stress and an eventual breakdown. 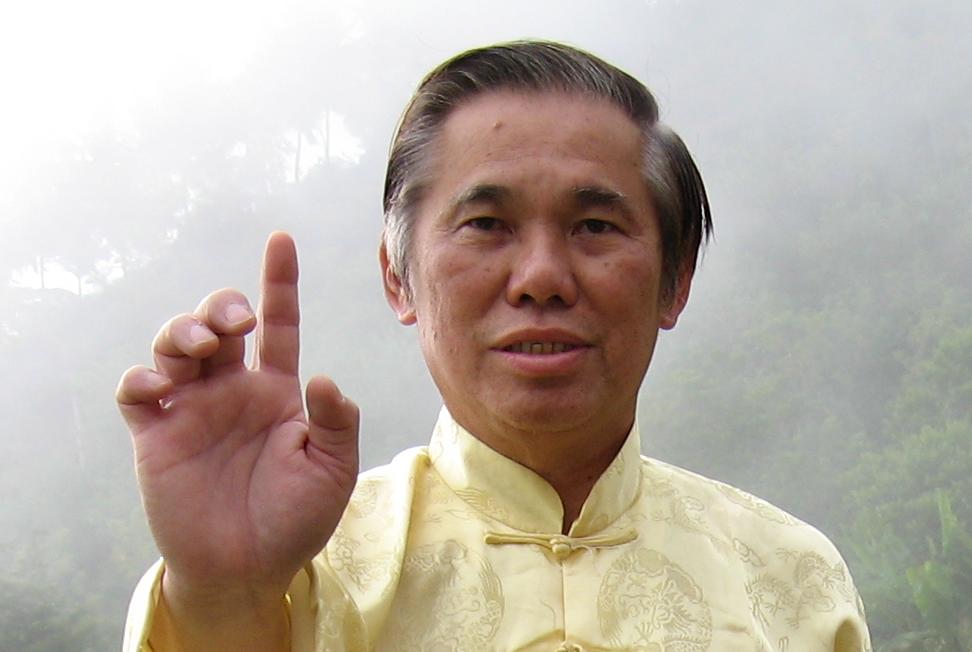 One Finger Zen is a typical Shaolin symbol

A few years ago, I took to studying Japanese martial arts, in particular Karate, to improve myself in body and mind, but even after many years of practice, while I was effective in implementing techniques, I was easily winded by merely ten minutes of sparring and was often using brute strength and tensed muscles and a tensed mind to implement my techniques.

If you wish to spar for an hour or two without panting or feeling tired, be relaxed and yet very powerful, and use mental clarity to implement techniques as well as in your daily life, you must practice an art that gives these benefits.

Such an art is very rare, but we are proud that in Shaolin Wahnam we practice such an art in our Shaolin Kungfu and Wahnam Taijiquan. Understandably many people may find this is too good to be true, they do not believe such wonderful benefits are possible. What they believe or do not believe is their business, but literally thousands of our students are enjoying such benefits.

Reading your books and learning about internal force was the "Aha!" moment. I had never trained in stances and did not even know how to begin.

Since "The Complete Book of Tai Chi Chuan" was the book I had access to at the time, I took to practicing the Three Circle Stance and Lifting Water everyday for a month. Imagine my surprise when I began feeling my body vibrating and being able to feel energy flowing through my body, both during the stance and feeling energy move my body in the standing meditation afterwards!

Congratulations. Considering that you practice from my books, you have done very well.

Practicing an internal exercise, like stance training, is scientific. If you follow the instructions correctly you will obtain the result the exercise is purported to give.

Then, why are there so many students not feel any internal force though they may have practiced stance training for many months? The answer is straight-forward. They have not practiced correctly. The most common mistake is that they do not relax enough. 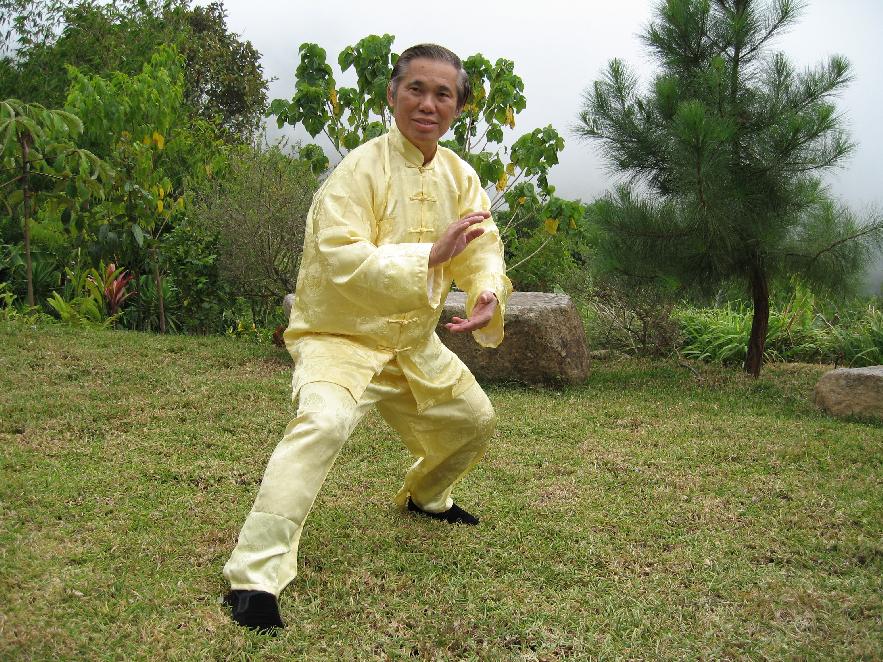 In a way, Taijiquan may be regarded as a specialization of Shaolin Kungfu

After really reading your book "The Art of Shaolin Kung Fu", I believe that my aims and objectives would be best met by training in Shaolin rather than Taijiquan. I wish to have a healthy body, to be able to defend myself and my loved ones, to develop the amazing skills you have written about (from the "invisible" skills of timing, spacing, and mental clarity to things such as having internal force, Tiger Claw, and One Finger Zen), and to be spiritually fulfilled.

Except for Tiger Claw and One Finger Zen, you can also obtain all the skills, abilities and benefits you have mentioned above by practicing Taijiquan correctly.


Editorial Note: Federick's other questions will be posted in the May 2010 Part 2 issue.

I am very sad and desperate that I have a lumbar herniated disc, and it touches the sciatic nerve of my right leg. I am in an excruciating pain since 7 months ago. I try acupuncture, kinesiology and moxa but the pain remains.

Now I am with a friend who does osteopathy. The doctors told me that the only way I had was surgery but I know it has many risks. Can chi kung overcome my disc problem?

Many people with such a problem have it resolved after practicing chi kung learnt from us or after chi kung therapy by our chi kung healers. Please see our List of Certified Instructors and List of Ch Kung Healers for details. If you wish to learn from me, please e-mail my Secretary. 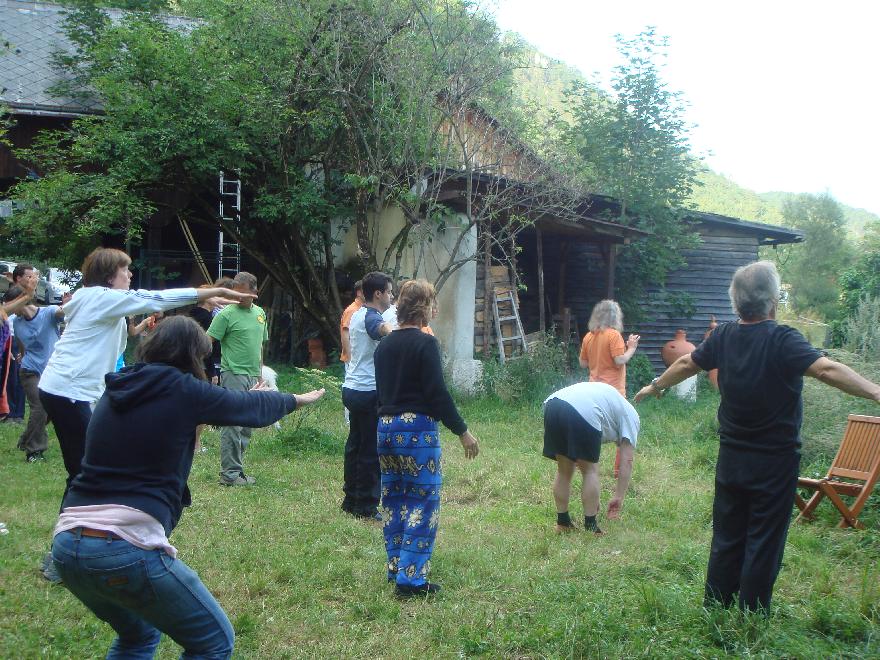 Shaolin Wahnam students practicing chi kung at a regional course in Austria. Most people are confused between chi kung and gentle phusical exercise.

Did Wu Yu Xiang and Lok Ah Choy defeat many masters in combat during their lives? I have not found reports which say that these two masters fought a lot.

There is no doubt that Lok Ah Choy was a great fighter. He was in the southern Shaolin Temple on the Nine-Lotus Mountain when Pak Mei led the Qing army to attack and burn it. Lok Ah Choy and a few great Shaolin disciples like the Venerable Sam Tuck, Hoong Hei Koon and Foong Sai Yoke fought their way out and escaped.

Unlike the other Shaolin disciples who were bent on revenge, Lok Ah Choy chose to lead a quiet life. In his later years, he taught Wong Kai Ying, the father of Wong Fei Hoong.

Wu Yu Xiang was a scholar-warrior, though I do not know much of his fighting. As he had learnt from the two greatest Taijiquan fighters of the time, Yang Lu Chan and Chen Jing Ping, it is reasonable to believe he was a great fighter too, though he might not have fought with many masters.

Was it true that Pak Mei really existed and was he as good as we think?

He killed the Venerable Chee Seen, the Abbot of the southern Shaolin Temple on the Nine-Lotus Mountain and First Patriarch of Southern Shaolin, in a duel during the burning of the temple. Much later, he was killed by the combined effort of Hoong Man Ting and Wu Ah Phiew who employed the Crane Style and the Tiger Style to avenge the burning of the Shaolin Temple and the death of their sigung (teacher's teacher), the Venerable Chee Seen.