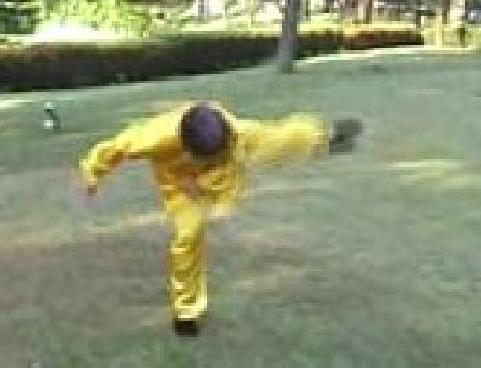 I have purchased two books written by Sifu Wong entitled “The Art of Chi Kung” and “Chi Kung For Health & Vitality”. Can I safely confirm that if I were to follow the instructions and techniques in the book I can also perform Chi Kung effectively?

Yes, if you follow the instructions in my book correctly, you can perform chi kung (and not just gentle exercise) effectively. You can also derive very good results.

The key word is “correctly”. Of course everyone wants to practice correctly, but many do not follow my instructions correctly although they honestly think they are doing so.

Let me give you a simple yet very important example. My instructions state clearly that practitioners should stand upright and be relaxed. But many practitioners do not do so although they honestly think they stand upright and are relaxed. Nevertheless, if you follow my instructions respectfully, even though you may make some mistakes, you can still derive a lot of benefits.

I study the southern style of Shaolin Kung Fu, the Tiger Crane Combination, but I very rarely hear of it mentioned in martial art magazines or in films, internet, etc. I hope you could shed some light on its origins.

The Tiger-Crane Set is a signature set in the Hoong Ka Kungfu from the lineage of Wong Fei Hoong, a famous master of recent times. The saying amongst kungfu circles that “In the north there is Hou Yun Jia, in the south there is Wong Fei Hoong” indicates not only the great kungfu skills of these two masters but also the great respect the public had for them. Hou Yun Jia defeated all foreign masters who went to China to test her kungfu, and founded the Chin Woo — meaning “essence of martial arts” — Association with branches in many countries. The modern movie “Fearless” is about him.

There are, however, some historical issues with this popular legend. The lineage of Wong Fei Hoong, who was well known for his tiger-claws and no-shadow kicks, was not directly from Hoong Hei Khoon, but from his junior classmate, Lok Ah Choy. Lok Ah Choy taught Wong Kai Ying, who in turn taught his son, Wong Fei Hoong. Nevertheless, this does not rule out the possibility that the Tiger-Crane Set was formulated by Hoong Hei Khoon, and later was transmitted to Wong Fei Hoong's lineage.

The second issue is that there are two other versions of the Tiger-Crane Set that are not traceable to Hoong Hei Khoon. And I have practiced all these three versions of the Tiger-Crane Set. The version from Wong Fei Hoong's lineage is long, composed of 108 patterns; the one I learned from Uncle Righteousness of Southern Shaolin Kungfu (later called “Hoong Ka” by my classmates) is short, composed of only 36 patterns; the one I learned from Sifu Choe Hoong Choy of Wing Choon Kungfu is of medium length, composed of 72 patterns.

Yet again, these issues do not necessarily rule out the possibility that the 108-pattern Tiger-Crane Set, which is now the most popular of the three versions, was formulated by Hoong Hei Khoon. It was possible that the two other sets were already in existence when Hoong Hei Khoon, inspired by his wife's kungfu and perhaps reminiscent of the tiger-crane combination he saw in his senior classmate's practice, incorporated the softer crane patterns from his wife's kungfu into his harder tiger style.

I wonder why such an effective Shaolin style still seems to be so unknown compared to the Lohan and First Emperor styles?

Whether the Tiger-Crane Set is more or less widely known than Lohan Kungfu or First Emperor Kungfu is a matter of opinion. Those who practice Southern Shaolin would be more familiar with the Tiger-Crane Set, whereas those who practice Northern Shaolin are more familiar with Lohan Kungfu. In my opinion, First Emperor Kungfu is relatively less known.

The Tiger-Crane Set is actually a very well known set though few people today may understand its philosophy and able to apply its techniques for combat. A main reason is that the techniques in this set are highly sophisticated. Look at the pattern called “Catch a Tiger in the Mountain” for an example. Please see the picture below. Very few people may know, even in theory, how this pattern can be used for fighting, yet it is a very effective pattern for combat.

Kungfu masters normally do not wish to talk about the principles and applications of their kungfu. If they ever talk about kungfu, they usually only show their outward forms without demonstrating how these forms can be used in combat. On the other hand, those who only practice external kungfu forms — and they are the great majority of kungfu practitioners today — would be unable to demonstrate their application or explain their underlying principles even if they wished.

This is a main reason why today you can usually find only kungfu forms but not their applications or principles in the internet, videos and books. This is also a main reason why many kungfu practitioners turn to Karate and Kick-Boxing when they spar.

In this respect I am a “freak”. I have openly explained kungfu applications and principles in public. This is because we in Shaolin Wahnam do not want these wonderful arts to be lost.

You can find in Combat Sequences of Tiger-Crane Set, Miscellanoues Techniques of Tiger-Crane Set and Training Methods of Tiger-Claw detailed explanations of the principles and application of tiger-crane techniques as well as training methods of the tiger-claws that many masters would keep as secrets only for their advanced disciples. 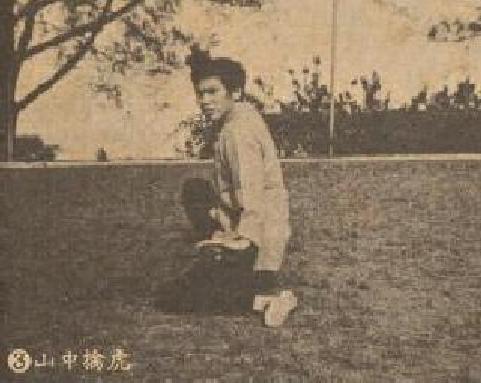 If the air is extremely cold or there is snow on the ground, would I be better off practicing Chi Kung inside (as I might be shivering outside and find it hard to concentrate)?

But have good ventilation. Remember that in genuine chi kung, a practitioner takes in good energy and disposes of bad energy in his practice. If the ventilation is poor, one may take back his own bad energy.

If it is not feasible to open a window, have a fan blowing gently so that the air inside your practice room is moving. After your practice you may leave the room but open the windows to allow fresh air in for better circulation.

Is it detrimental to practice Chi Kung indoors on a regular basis?

In the park near where I live there are often drunk people at night, and my garden is shared so it is hard to go there and concentrate on my chi kung without disturbance. I have therefore been practicing in the park in the morning, and in my flat with windows open at night. (My room is beside a garden with trees and flowers.)

What you have done is correct. Unless one is already proficient in chi kung, it is inadvisable to have disturbances during practice. With drunk people around while your practice is certainly unwise. In such a situation and if you cannot get a suitable place, it is better to skip the practice session.

Practicing in your garden with trees and flowers is excellent. 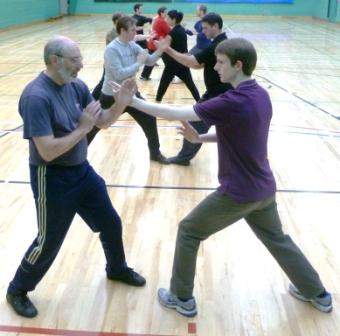 As Taijiquan is an internal martial art, combat is an essential aspect. Pushing Hands is an excellent method to train combat skills.

How can I become one of your disciples? I truly want to reach the highest levels of chi kung and kung fu but I know that wanting it is not enough.

I am glad that you are progressing in your practice, and have found answers to your many questions from direct experience.

Before one can become my disciple, he has to be a good student. Two fundamental requirements for being a good student is to practice the Ten Shaolin Laws and the chi kung and/or kungfu exercises as taught by the teacher. When the time is ripe you may progress to become a disciple.

I am concerned with my loss of jing and loss of personal strength and confidence. I have recently been experiencing some intense stress and have literally reached the stage where I have no sexual desire at all and very little energy.

I hope that with Shaolin “chicken legs” training that I was taught I can slowly overcome this but I am deeply worried that it may not be possible for my strength and libido to be at all recovered. Honestly I do not know who else to speak to for assistance with this matter. I therefore humbly ask for any advice or assistance you may be able to provide.

I am sorry to hear about your health problems, but the good news is that practicing high level chi kung can overcome them.

But you also need to know the following two important but little realized facts.

The second fact is that much of chi kung practiced today, even when it is genuine, is not of a high level. Many people may not like to hear this fact, but it is true. Low level chi kung may enable you to maintain some well being if you are already healthy, but may not be powerful enough to help you overcome your problems.

I have not heard of Shaolin “chicken legs” training, but its name implies that it is not likely to be powerful enough for your purpose. I would recommend that you attend my Intensive Chi Kung Course in Malaysia where you can generate a lot of energy flow on the first day of the course itself. Alternatively you can learn from one of our certified Shaolin Wahnam instructors .