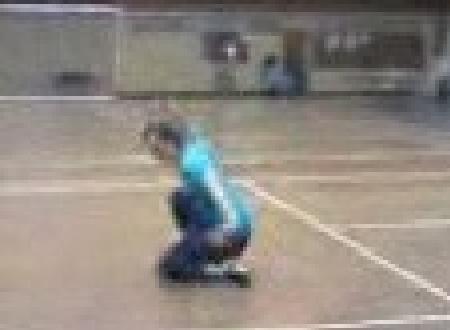 This very effective Tiger-Claw pattern from the famous Tiger-Crane Set is demonstrated by Innes of Shaolin Wahnam Scotland. Unless you have been initiated, it is unlikely you know what this very effective pattern is used for in combat.

Telepathic abilities are true. When one develops his mind, like practicing high level chi kung such as those taught in our schools, he can attain telepathic powers. When one is so blessed to have usch powers it is very important for his own good to use the powers ethically and wisely.

If a person with such powers abuses them, it is inevitable that his evil deeds will be bounced back to him. There is nothing superstitious or even religious about this. It is a cosmic truth, and can be readily explained by science.

Scientists know very well now that what we call “objective” reality is actually a creation of mind. Before a person can commit any evil deed, it is first conceived in his mind. The evil thought soils his mind with evil imprints. When the time is ripe these evil imprints will manifest as evil happenings to him himself.

A very rough analogy is a camera. If you expose your camera to ugly scenes, the pictures developed will be ugly because of the ugly imprints on the film.

I wish for one of these people to not be able to read my mind. Is there any way to prevent this specific person from reading my mind?

It may not be true that this person is reading your mind. It may only be your imagination.

Nevertheless, regardless of whether it is ture or just imaginary, it might be helpful if you politely mention your concern to him and request him not to read your mind. You may also mention my explanation that reading someone's mind against that person's expressed desire is unethical, and this unethical behaviour would bounce back to him.

Here is an effective way to prevent someone reading your mind. Practice this method early in the morning.

You must perform this exercise gently. If you feel giddy or dissy or have any headache, rest for a day or two before resuming.

How long should one meditate for? Should it be in sessions of 20-30 minutes, with brief periods of walking meditation in between the sessions? Overall, how many sessions can one do consecutively?

How one should practice meditation depends on a few variables, like the type of mediation, the methodology of the school, and the student's attainment level. Many schools advocate a session of about 30 minutes to both beginning and advanced students, while masters may meditate for hours.

A session of 20-30 minutes of sitting meditation with brief periods of walking meditation in between is a common practice. There is no rule regarding the number of sessions one can practice consecutively. It may be one session, or it may be ten or more.

In our school, Shaolin Wahnam, we aim for quality instead of quantity. We recommend just five minutes of Standing Meditation for beginning students, and this usually occurs after about ten or fifteen minutes of chi flow. If a student can manage to still his mind for just a minute, it would be a remarkable achievement. 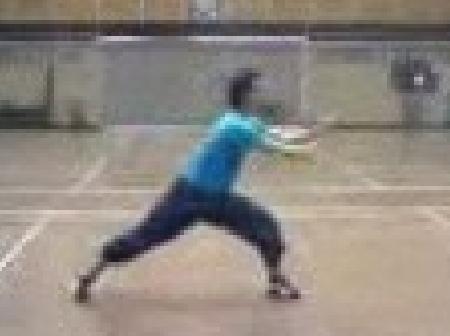 This is another very effective pattern called “Tiger Leaning against Wooden Door” using the Tiger-Claws for qin-na and throws besides other attacks and defences. Do you know how this pattern is used for these combat functions?

When I attempt meditation in the single lotus position for twenty minutes, my knees become stiff and sore. This sensation only occurs when I move out of the lotus. I know that the lotus position will generally make my legs go to sleep, but this is different.

To overcome this problem you should cut down the time of your meditation to ten minutes, or whatever time is suitable. Practice walking meditation. Then resume sitting meditation in a lotus position.

On the other hand, practice leg stretching exercises. It would be better if you practice the stretching as chi kung rather than physical exercise, such as the Art of Flexibility in our school.

However, unless you are an advanced practitioner, I would recommend that you practice Standing Meditation instead of Sitting Meditation. The method is the same except that you stand upright and be relaxed, instead of sitting in a lotus position. Try this for some time and compare the difference.

I also remember reading that many Buddhist monks have ended up crippled due to sitting in the lotus position for long periods. Is it simply a matter of learning the stretching exercises from the Complete Book of Zen and, if so, are those exercises safe to learn from a book?

I am not sure how accurate the report is. Personally I don't think that is true.

Buddhist monks are those who have given up everything else so as to cultivate professionally to attain spiritual fulfillment. Meditation is the most important exercise Buddhist monks do for their cultivation. It is the golden path to Enlightenment.

They meditate in the lotus position at least twice a day, often more, and each session may run into hours. Meditation is their professional task. For Buddhist monks to meditate, it is like for a teacher to teach, or for a professional footballer to play football.

If meditation could lead to their being crippled, the monkhood would know about it. The monks would rectify the problem, or use another method. And the fact that you usually see Buddhist monks who can walk normally with the legs is clear evidence that your reading is not true. It is a also a good reminder that we should be critical of what we read.

If it were true that meditating in the lotus position would lead to one being crippled, the right cause of action is not simply learning leg stretching exercises. He should stop the meditation, which in this case would be a wrong method. But of course this is not true, and meditation in the lotus position is the method of first choice by professionals dedicated to the task.

The leg stretching exercise in my book, which should be performed as chi kung, are safe to learn and practice on your own. If you do not know how to perform them as chi kung, you can perform them as gentle physical exercise. The benefits will be far less, but they still will make your legs flexible enough for meditation in a lotus position. Other leg stretching exercises are also effective.

I am very interested in Tiger Claw kung-fu. I practice my finger strength constantly and have made much progress. I cannot find sufficient material on actual clawing techniques and stances.

You can find much Tiger-Claw kungfu in such styles like Black Tiger Kungfu and Hoong Ka Kungfu.

The Tiger-Claw can be applied on any stances.

In “separating tendons” the Tiger-Claw exponent grips at or tears off relevant tendons or muscles resulting in the opponent losing the ability to use those limbs controlled by the tnedons or muscles.

“Wronging joints” means dislocating joints, especially joints of the arms and legs. If joints at the neck or spinal cord are dislocated, the damage is serious or fatal.

By “gripping vital points” the Tiger-Claw exponent can put an opponent out of combat action. In severe cases, this may lead to serious injury or delayed death. 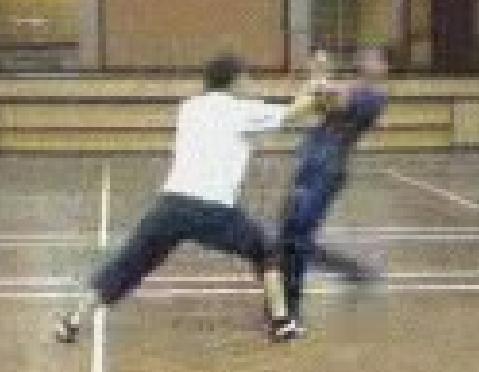 I bought a few books but they don't seem official and I don't find the information useful at all. I have been doing Boxing for 2 years and am thinking of creating my own tiger claw strikes and stances based on Boxing techniques.

Either the books you read are inappropriate or you lack the background knowledge to understand the information provided. Tiger-Claw and Boxing do not go well together because they are based on very different principles.

It is obvious that you have little understanding of Tiger-Claw as used in kungfu, otherwise you would not be so naive to think that you can create Tiger-Claw strikes and techniques based on Boxing. It is also a very unwise use of time.

Are there any resources you could give me that would give me access to the real Tiger Claw techniques. I want to learn really bad, I train hard and I have great force and strength. I feel like a tiger who wants to unleash his fury.

There is a lot of material on the Tiger-Claw and its application in the various kungfu sets composed by participants at my recent Special Shaolin Kungfu Course of September 2005, and all this can be found in the webpage at https://www.shaolin.org/video-clips/sets/overview02.html. However, without background knowledge and proper training you may not recognize this abandence of material although it is staring at your face.

If you want to learn Tiger-Claw really bad, you should learn from a competent instructor, instead of learning on your own. Not only you will get more benefit from the time and effort spent, you will also avoid harming yourself. Correct Tiger-Claw training will not only give you a lot of power but more importantly you have good control of it.

Your mentioning that you feel like a tiger who wants to unleash his fury is an indication that your training has been wrong, and is causing you adverse effects. You can remedy the situation by practicing “Lifting the Sky”.